Iranians will not allow inspection of military sites: Senior cleric 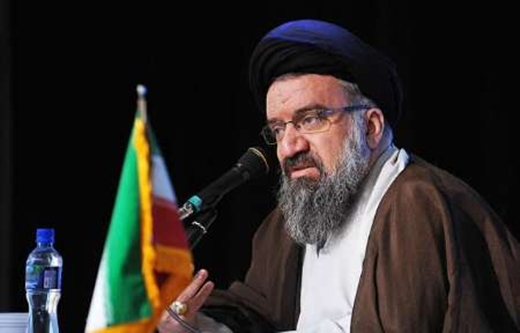 A senior Iranian cleric has stressed that the brave Iranian nation will never allow inspection of its military sites.

A senior cleric said the brave Muslim nation of Iran will never agree to inspection of its military centers.

Seyyed Ahmad Khatami on Saturday rejected recent remarks by US President Barack Obama on the unprecedented inspection of Iran’s military sites after a nuclear agreement.

“If they want to step into our military settings, the people of Iran will break their legs,” he said.

He hailed Iran’s nuclear negotiations team for enjoying the nation’s trust and added, “If they sense any treatment with contempt, they will leave the negotiations table.”

Rejecting the threats by the White House that all options including the military action are on the table, he said, “We need to observe the Islamic principles and values and trust in Almighty God’s grace. Then, the enemies will not succeed.”

He also called for efforts to confront the Western cultural onslaught and said that spirituality will be the best defense against the enemies’ plots.