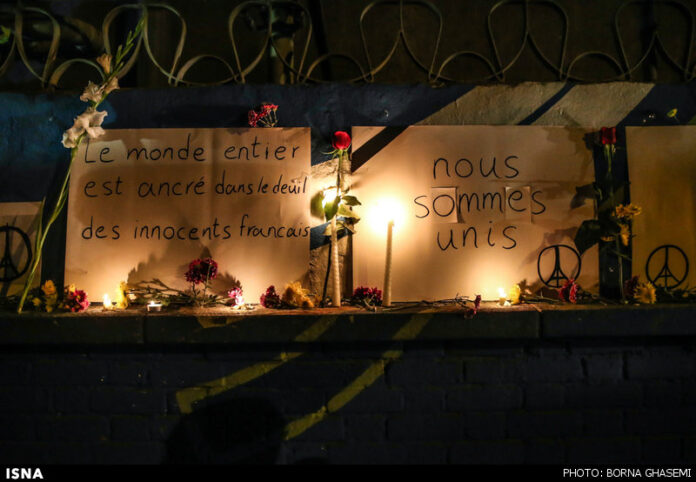 Candles were lit and flowers were laid outside the French embassy in Tehran in honor of those killed in terrorist attacks in Paris.

A group of Iranians gathered outside the French embassy in Tehran Saturday and lit candles to show solidarity with the families of those killed in Paris terror attacks a day earlier.

The crowd carried placards which read “We Are United” in Farsi, English and French and laid flowers at the entrance to the embassy in honor of the victims.

The following are images of the candle-lit vigil the Iranian Students’ News Agency has published: