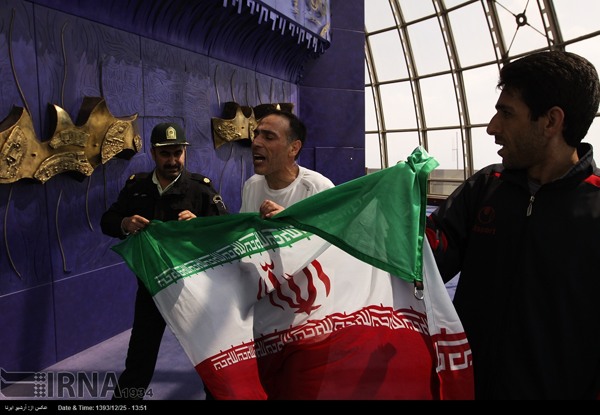 An Iranian police aims to mount the Khalifa Tower in Dubai after breaking a world record of stair-climbing.

Major Tavakol Rahimi, an Iranian police officer, broke the world’s stair climbing record after ascending a flight of 1,746 stairs at Tehran’s Milad Tower in 12:42 minutes. The previous record holder was an American who mounted a set of 1,500 stairs in 16:40 minutes.

He says the paperwork has been filed for an ascent of Burj Khalifa, an 828-meter spired skyscraper in Dubai and the world’s tallest, adding he seeks to break his own record. [The tower in Dubai has 2,909 stairs from the ground floor to the 160th floor.]

IRNA has filed the following images of the Iranian tower runner: