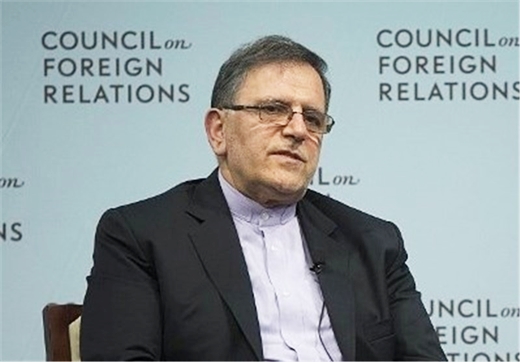 A group of Iranian students wish to reward the Governor of the Central Bank of Iran (CBI) Valiollah Seif with a “Statue of Honesty” for being outspoken in his recent remarks on the implementation of the nuclear deal between Tehran and world powers, known as the JCPOA.

According to a report by Tasnim News Agency, Iran’s Association of Islamic Societies of Independent University Students announced in a statement that it plans to reward Seif with the statue to appreciate his honest remarks made during an official visit to the US. There, he talked about the poor implementation of the JCPOA, particularly the USA’s violations of its commitments as per the historic deal.

“Salvation is in honesty. A lack of honesty upsets people more than incompetence does. Therefore, we have repeatedly requested the country’s executive officials to talk honestly about the JCPOA,” the statement read, alluding to contradictory remarks made by President Hassan Rouhani’s administration on the JCPOA parties fully complying with their commitments.

“After the official statements by the CBI Governor on the economic results of the JCPOA, and his reference to the fact that ‘almost nothing has happened yet … and Iran has not seen the results it expected from the JCPOA’, Iran’s Association of Islamic Societies of Independent University Students will give him the ‘Statue of Honesty’ for his honesty in telling the truth to the people,” it added.

According to the statement, the statue will be marked with the expression, “Salvation is in honesty”, which is a Hadith [saying] from the Prophet Muhammad (PBUH).