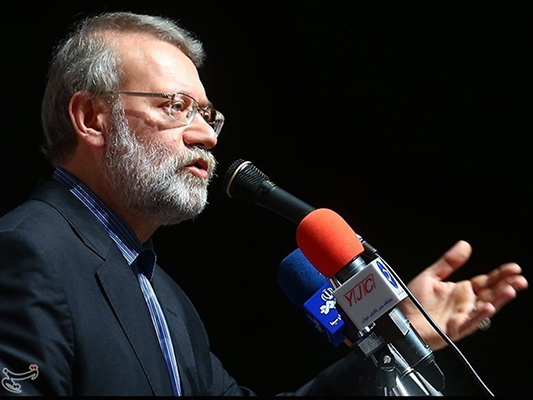 Speaker of the Iranian Parliament Ali Larijani deplored hostile attempts to maintain the status quo in Syria, saying the plots to avert a cessation of hostilities in the Arab country are meant to ensure the security of Israel.

Whenever a change is imminent in the situation of Syria, the enemies hold a meeting to prevent that change from taking place, Larijani said on Saturday.

Maintaining the crisis in Syria will benefit the Israeli regime, he added, saying the Zionists are sitting back watching the crisis that has affected Muslims.

Larijani also decried a US-led coalition purportedly formed to fight the ISIS (ISIL) terrorist group and its failure to flush terrorists out of Iraq, saying the West is not after destroying terrorism.

Iraq has been facing the growing threat of terrorism, mainly posed by the ISIS terrorist group.

ISIS militants made advances in northern and western Iraq over the summer of 2014, after capturing swaths of northern Syria, but have been forced to withdraw from many of the occupied areas in recent months.

In September 2014, Leader of the Islamic Revolution Ayatollah Seyed Ali Khamenei dismissed as “absurd, hollow and biased” the US announcement of leading a coalition to battle ISIS.

“The move that occurred in Iraq and broke backbone of the ISIL was not performed by Americans, but it was done by the Iraqi people, army and popular forces, and the American themselves, as well as ISIS, are aware of the reality,” the Leader said at the time.