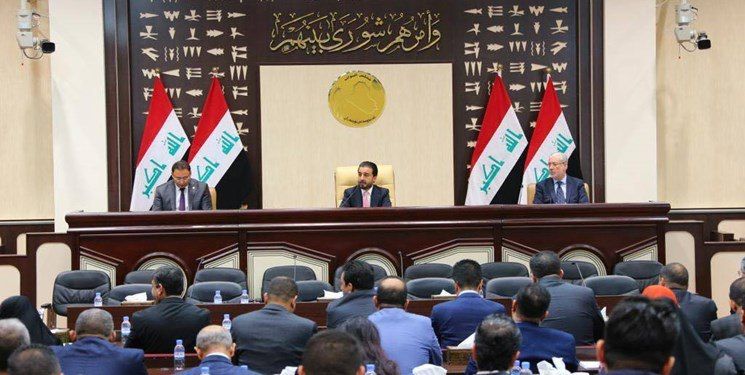 The first parliamentary summit of the six neighbouring countries of Iraq entitled "Iraq; Stability and Development" has begun in capital Baghdad, with delegations from Iran and Saudi Arabia in attendance.

The meeting headed by Iraqi Parliament Speaker Mohamed al-Halbousi was kicked off at the country’s parliament on Saturday.

Al-Halbousi said in the opening speech that the country has been able to regain its status in the region after many years.

“This is Iraq, which today, after the war with terrorists, is victorious thanks to the fatwa of the Marjas and the sacrifice made by its youths.”

He emphasised that Iraq, with the support of its brothers and neighbours, is now in the current position. He also praised all those who helped Iraq in the difficult conditions.

Al-Halbousi further touched upon the security of neighbouring countries of Iraq saying that having joint borders and joint interests are the main factors of convergence among the neighbours. He also added that Baghdad insists on establishing perfect relations with all the countries of the region.

The speaker of the Iraqi parliament said the policy of the country is not to join the political rivalries, adding that “while Iraq has joint economic and social relations with Iran, it has also started negotiations with Saudi Arabia at the highest levels. Iraq’s ties with Kuwait are also very important, and at the same time Iraq-Turkey relations are in the best of conditions today and we have carried out projects with Ankara.”

Political observers in Iraq believe the summit is one of the most important diplomatic events of the country during its post-ISIS era and is a sign of Iraq’s advancement to a new political and international phase.

Some Iraqi MPs say this meeting is the beginning of a new phase for Iraq’s pioneering role in the region to achieve peace and resolve crises. They say hosting such meetings will strengthen Iraq’s strategic position to establish persistent security and stability in the Middle East.

The Iraqi Foreign Relations Commission says the three main issues discussed at the meeting are the security of Iraq and the countries of the region, the adoption of regional re-arrangements for making important decisions to establish a secure region, as well as discussing economic and political cooperation among member states.

Iran’s Parliament Speaker Ali Larijani has not attended the event, but senior Iranian lawmaker Alaeddin Boroujerdi is heading a high-ranking delegation at this summit.