Iranian Sailors Stranded at Sea Back Home after 3 Months 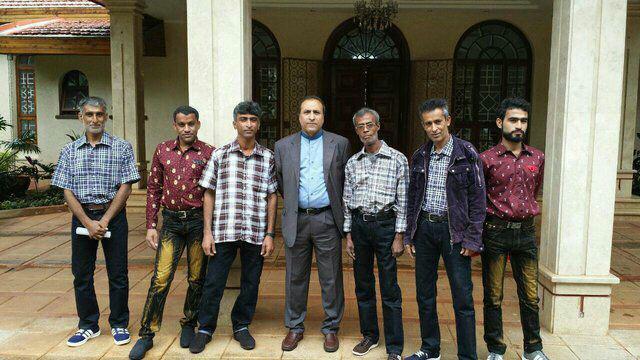 Six Iranian sailors who were stranded at the Indian Ocean for three months finally returned home safe and sound.

Six Iranian sailors on a fishing launch adrift in the Indian Ocean for around three months have returned home.

They are all from the port city of Chabahar in the southeastern Iranian province of Sistan-Baluchestan.

One of them told the IRIB that their launch had been damaged and its engines had stopped working.

“Water began to leak in gradually, and our hopes of staying alive diminished every day,” said the sailor.

They survived for two months and 22 days using the food and water they had on the launch.

“When our launch began to sink, we had to leave it and get on the lifeboat.”

They were adrift for three days on the lifeboat as well. Finally, they saw a coast. The captain and a young sailor, who were apparently more energetic than the others, swam 15 kilometres all the way to the beach.

When they were back on terra firma, locals took them to the police. Then they realized they were on Kenyan soil.

Using body gestures, the two sailors made the police understand that their friends were at sea, waiting for help. Kenya’s maritime police finally got to the sailors and saved them.

The sailors say while they were stranded, they went through an ordeal. They were surrounded by sharks and feared they might be captured by pirates.

They believe it was a miracle and God’s blessing that they survived. They also thanked staff members at the Iranian embassy in Nairobi for their cooperation and help.