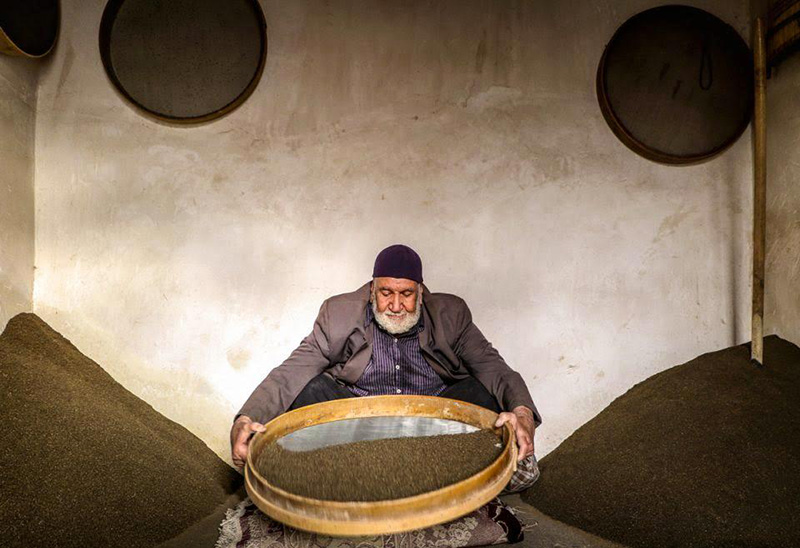 A photo taken by an Iranian photographer has been named as one of the 10 finalists of annual Photo Walk competition.

According to a report by Honar Online, as translated by IFP, a photo by Fatemeh Rowshan, an Iranian photographer from northeastern city of Mashhad, was highly admired by well-known American photographer Scott Kelby and named as one of the 10 finalists in Photo Walk 2016.

Kelby said about Rowshan’s photo, “There’s so much more going on there than you see at first glance. Everything in this image — all the graphical elements — they all work together so beautifully.”

“The round shapes up top, and the triangles below, placing the gentleman in the valley between them — in all that white space — it’s just so graphically pleasing,” he added.

“The color of the sifter, and then his purple shirt and coat (why is he wearing a dress shirt and sports coat in this environment — it’s beautifully out-of-place), and then the green pyramids on either side of him — I just love it,” Kelby noted.

At the end of the competition, a photo by American photographer Lisa Jones won the grand prize of this year’s Photo Walk.