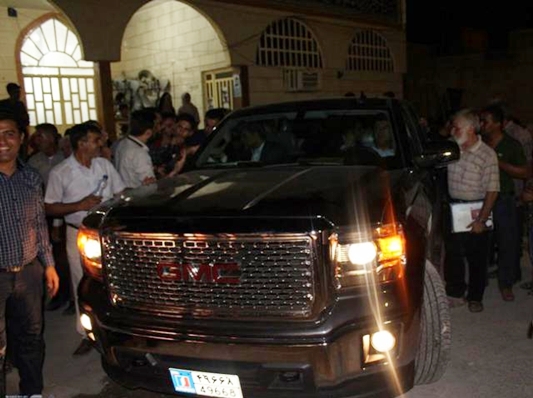 An Iranian lawmaker from the country’s southwestern province Khuzestan has provoked a controversy by paying a visit to his constituency in an American GMC car.

According to a report by YJC, voices of anger were heard when Ramhormoz representative in the Iranian Parliament oversaw his constituency in a luxurious GMC car.

“Vehicles with the registration plates of Arvand Free Zone are ubiquitous in Khuzestan and I have to mention that the car I used to oversee my constituency the other day was one of them,” Eqbal Mohammadian, the Iranian MP, made the remarks in response to the recent mutterings around him.

He criticized the way the news websites are manipulating people’s minds by fabricating sophistries about the incident and said, “In the bustle of the crowd I actually did not notice the model of the car I was getting on; meanwhile, the car belongs to a friend.”

Mohammadian added that the proximity to Arvand Free Zone is one reason many people in the area drive such luxury cars.