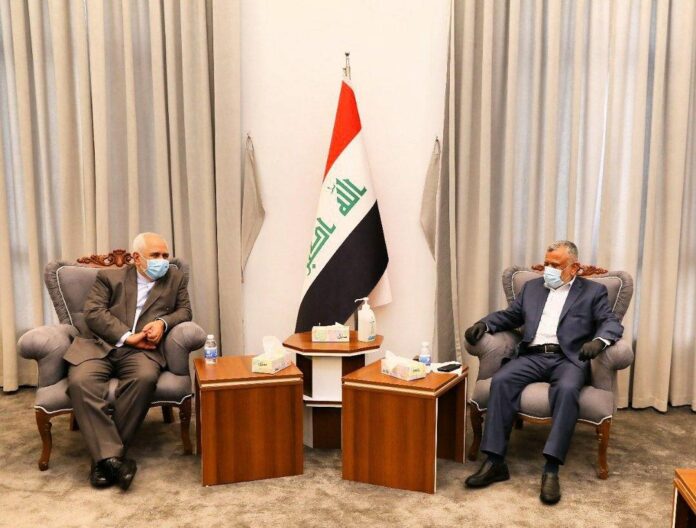 Minister of Foreign Affairs of the Islamic Republic of Iran Mohammad Javad Zarif and head of Iraq’s Fatah Alliance, Hadi (Abu Hassan) al-Amiri, have held talks about the joint fight against terrorism.

Foreign Minister Zarif, who arrived in Iraq on Sunday morning, held the meeting with Hadi al-Amiri in Baghdad.In the gathering, the two officials discussed various issues, including the bilateral relations between Iran and Iraq, the efforts to pursue the case of martyrdom of commanders of the axis of resistance, the fight against terrorism, and other issues of mutual interest.

Foreign Minister Zarif earlier held separate meetings with his Iraqi counterpart and with Prime Minister of Iraq Mustafa al-Kadhimi, who is going to visit Iran on Tuesday.

Zarif will travel to Erbil in the afternoon at the invitation of President of the Iraqi Kurdistan Region Nechirvan Barzani.