Iranian IT Achievements Presented at WSIS in Geneva 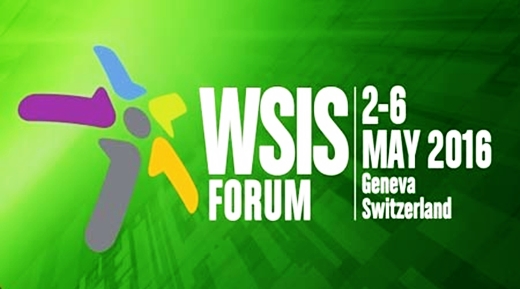 Iran’s representatives at the recent World Summit on the Information Society (WSIS) briefed the participants on the latest achievements of Iran’s information technology, including moves to develop Persian language software infrastructure and a national e-mail service.

During the fourth day of the WSIS Forum 2016, held from May 2 to 6 at the International Telecommunication Union (ITU) Headquarters in Geneva, several Iranian speakers and panelists addressed the participants in a workshop entitled “Iran’s Progress in the Information Society”.

This workshop was organized in two parts. In the first part, a brief summary of achievements and major activities was given. Panelists from the Iranian government, private sector, and academia updated past reported projects, and also introduced new ones.

In the second part of the workshop, the core results of the Iran national ICT measurement survey, conducted by the Information Technology Organization (ITO) were reviewed, this being the body in charge of planning and monitoring Information Technology (IT) in Iran. Panelists highlighted the outcomes of the survey related on WSIS Action Lines.

These presentations helped give participants a general view about ICT, and WSIS in particular, in Iran.

Hamid Shahriari, Ph.D., the head of Iran’s Computer Research Centre of Islamic Sciences (CRCIS), was one of the keynote speakers.

He referred to an ongoing project for developing software infrastructure using Persian language and characters, and stressed that the project included language resources, text editors, and a system to identify cheating, all in the Persian language.

Shahriari also briefed the audiences on a popular Persian spell-checker, Virastyar, which is provided as a Microsoft Word add-in, and includes such processes as character standardization, punctuation correction, replacing unnecessary loan words and non-Farsi words with Persian equivalents, suggestion of synonyms, converting solar/Christian years to each other, and number conversion.

In his second presentation, Shahriari explained about the Iranian e-mail service named Chaapaar (ChMail), which has provided email services for 1.5m users since 2011.

The WSIS represents the world’s largest annual gathering of the ‘ICT for Development’ community, and attracts more than 1800 WSIS Stakeholders from more than 150 countries.

Several high-level representatives of the wider WSIS Stakeholder community graced the Forum with more than 85 Ministers and deputies – including Iran’s ICT Minister Mahmoud Vaezi, several ambassadors, CEOs and civil society leaders contributing passionately towards the programme of the Forum.

Addressing the event on Tuesday, May 3, Vaezi announced that the country has completed its national information network and started providing various electronic services.

Vaezi highlighted governments’ role in directing the internet, saying, “The use of communications and information technology should pave the way for the realization of a knowledge-based society and economic, cultural and scientific development, narrowing social gaps in society, and improving economic prosperity.”