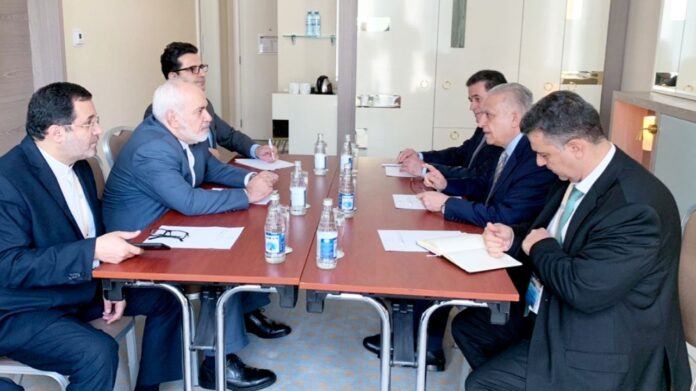 Iran’s Foreign Minister Mohammad Javad Zarif has held talks with his Iraqi counterpart in the Azeri capital of Baku.

During the meeting, which was held on the sidelines of the ministerial meeting of the Non-Aligned Movement (NAM), the two sides conferred on the latest developments in bilateral relations, regional issues especially in northern Syria, Lebanon, Yemen, and the Persian Gulf developments.