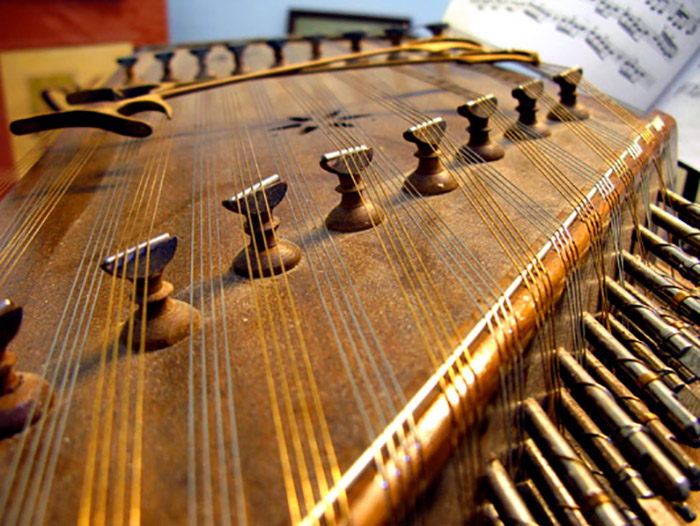 Japanese music student, whose love for Iranian Santur made him come to Iran, wants to introduce the ‘beautiful culture of Iran’ via Santur.

Kazune Iwasaki, a Japanese music student who says his interest in Iranian Santur [a hammered dulcimer of Iranian origin] has brought him to Iran, wants to introduce the Iranian culture and art to his people by playing Santur.

In early days, Iwasaki was forced to sit in Santur classes reluctantly; however, he later became so fascinated by this music that he left home and family behind in Japan and came to Iran.

He has found devotion in the Iranian methods of teaching music and believes that people of Japan know nothing about Iran. He says his major goal is to make them familiar with the “beautiful culture” of Iran through recital performance of Santur.

This is IFP’s translation of ISNA’s interview with Iwasaki, 27, who came to Iran four years ago to study music at the University of Tehran.

I’ve heard that you play Santur, and actually, this musical instrument has dragged you to Iran. Tell us the story of your acquaintance with it.

I studied cultural and ethnic musicology in Osaka College of Music which opens up an opportunity to conduct research on any music that appeals to you. As a junior, I had to pass a course in Santur, but I had no idea what it actually was. My professor was an Iranian woman, around 30, who used to be a student of the [well-known] musician Abolhasan Saba. She lives in Japan and does musical activities there.

At the first session, after introducing herself, she played a few pieces for us which totally piqued my interest in Santur. I was fascinated by its harmony and scale. 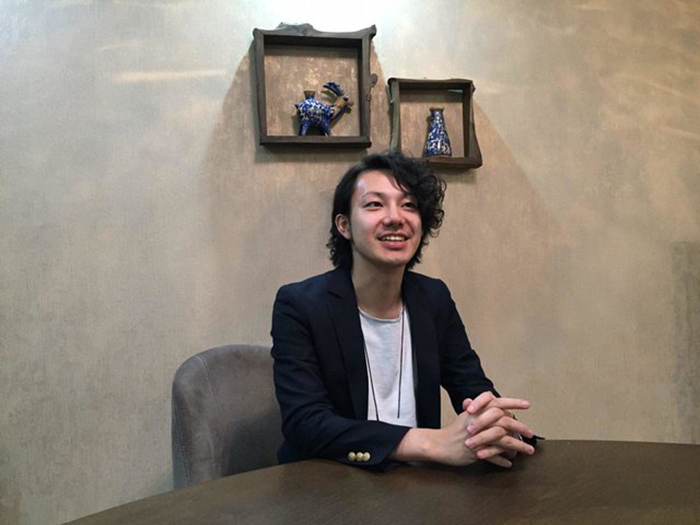 What was in Santur that drew you to itself?

I found myself drawn to it because of its shape and sound which are similar to piano, my favourite instrument. Moreover, I realized that my Iranian professor was playing a scale that included notes that were strange to my discerning ears; they were semitone or half-step. Semitones aroused my curiosity and attracted me because Japanese music is deprived of them.

I was familiar with Iranian music; however, my interest was limited to Santur. Later, when I came to Iran, I found that Santur is not an independent instrument but it is linked with Persian poetry and singing. It was an interesting experience.

Among Iranian musicians, who have inspired you the most by their works?

I like the works of “The Kamkars” very much as I used to be a student of Pashang and Ardavan Kamkar. I’ve always been fascinated by the works of Parviz Meshkatian and Faramarz Payvar. I always listen to the songs of Mohammad-Reza Shajarian [Iran’s greatest living master of traditional Persian singing]. Every time I listen to them, I feel a need to grasp a deeper understating of Persian poetry and work harder in the field of Persian literature.

It was in late September and during the opening week of the University of Tehran. I went to the class but it was empty. Until that day, I didn’t know that Iranian students do not attend classes during the early weeks. Professor Dariush Pirniakan entered the class and found me alone. “Are you alone here?” he asked and I said, “On behalf of the students, I ask for your apology.”

The next week, professor Pirniakan told the story to the rest of the students and said he liked me very much (laughing).

At first, I had a lot of stress and would get muscle tension in the class. I couldn’t communicate with Iranians because I didn’t know much Persian. One day, however, our professor asked me to think of him as a friend and said, “Although I am your teacher, I want you to be comfortable around me and treat me like a friend.” From that day on, I felt less stressed and started learning better.

I learnt that since many years ago Iranian music has been taught that way, I mean through cultivating an intimate relationship between teachers and students.

Have you ever performed any Iranian music in Japan?

I usually pay a visit to my family back in Japan twice a year and sometimes I would hold a concert of Iranian music in Tokyo. Everyone who heard the music was amazed by its beauty. Someone even told me once that there is a feeling in Iranian music which is very close to the Japanese one.

Japanese knowledge about Iranians is so small, close to zero. You shouldn’t be surprised to know that some of them may think Iran is just a vast desert and its people commute on camels. Even some others think that Iran is grappling with war like Iraq and Syria; however, during these four years it proved otherwise to me. Iranian people have ‘beautiful culture and art’ and I want to show these to Japanese people through recital performance of Santur.