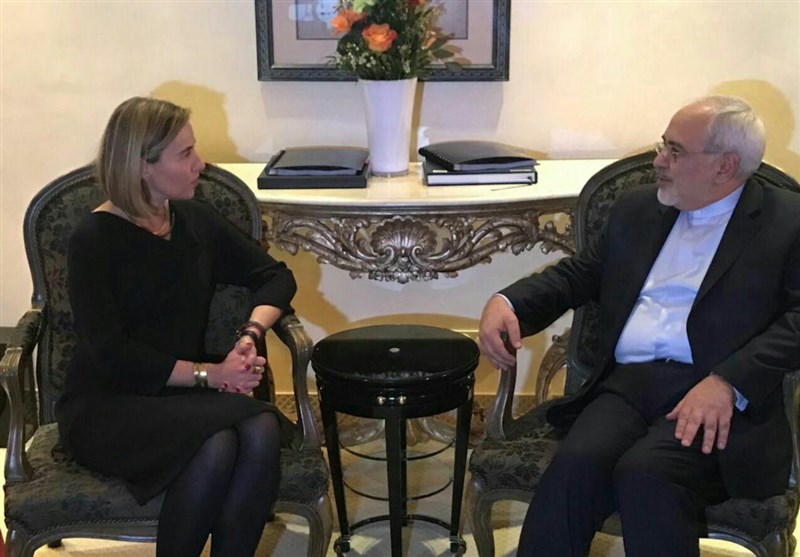 Iranian Foreign Minister Mohammad Javad Zarif met a number of his foreign counterparts and top officials on the sidelines of the 53rd edition of the Munich Security Conference (MSC) in Germany.

Heading a high-ranking delegation, Zarif arrived in the capital of the southern German state of Bavaria on Friday to take part in the MSC.

The top Iranian diplomat is scheduled to deliver a speech at the Munich Security Conference on Sunday morning.

More than 500 participants have taken part in the event.

Since its foundation five decades ago, the MSC has become a leading international platform for dialogue on foreign and security policy.

In addition to its annual flagship conference, the MSC regularly convenes high-profile events on particular topics and regions and publishes the Munich Security Report.