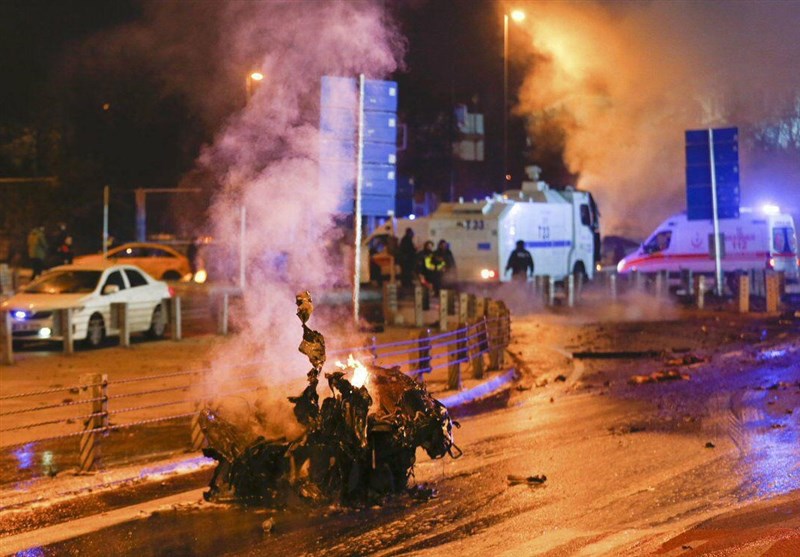 Iran’s ambassador to Turkey offered his condolences to the Turkish people and government over the recent deadly terror attack in Istanbul and called for the international community to fight against “the sinister phenomenon” of terrorism.

“Terrorism and extremism are two sides of the same coin and the recent blast in Istanbul highlights the necessity for the international community’s solidarity and closer cooperation in the fight against the sinister phenomenon,” Mohammad Ibrahim Taherian told reporters.

He further expressed condolences to the bereaved families of victims of the incident and wished rapid recovery of the injured.

At least 29 people, including 27 police officers, were killed in two separate bomb attacks in the Besiktas district of Istanbul, the country’s interior minister said early Sunday.

Two police chiefs were among the deceased and at least 166 people were injured, Suleyman Soylu told reporters in Istanbul.

Ten suspects have been detained as part of an ongoing probe, he added.

Health Minister Recep Akdag said 20 of the injured have been discharged from hospital while 17 are in surgery, and six are in intensive care units, three of them in critical condition.

Turkish Prime Ministry said in a statement, a day of national mourning has been declared on Sunday.

President Recep Tayyip Erdogan said the attack targeted police and civilians alike, and sought to cause the most casualties.