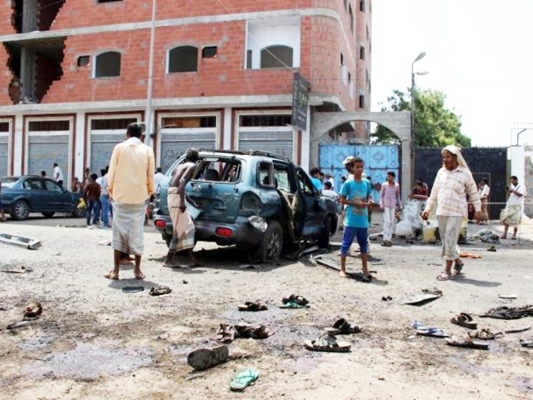 An Iranian medical official said Yemeni people are in dire health situation and the Saudi-led coalition has blocked the path for Iranian doctors who want to help the war-hit people.

According to a report by Mizan, as translated by IFP, Iranian medical official Mohammad Raeiszadeh announced that Iranian doctors, the Iranian Red Crescent Society, and the Health Ministry are all ready and eager to help the war-stricken people of Yemen.

However, he added, there is no way for the dispatch of doctors to Yemen or reception of Yemeni people in Iran.

“It is a shame for the human being that a nation is slaughtered in its own territory and no route is provided for sending aid to them,” he went on to say.

“We are faced with a humanitarian disaster in Yemen. People in Yemen today suffer from a severe shortage of medical and pharmaceutical equipment as well as skilled doctors and specialists, and no one hears their voice,” Raeiszadeh regretted.

In their latest atrocity against the innocent people of Yemen, Saudi-led warplanes on October 8 targeted a crowded funeral ceremony in Sana’a, killing over 140 people and injuring more than 600 others.

Iran has since voiced its preparedness to send medical aid to the war-torn country or to receive the wounded Yemenis in Iran, but the Saudi-led coalition has refused to allow Iran’s aid in.