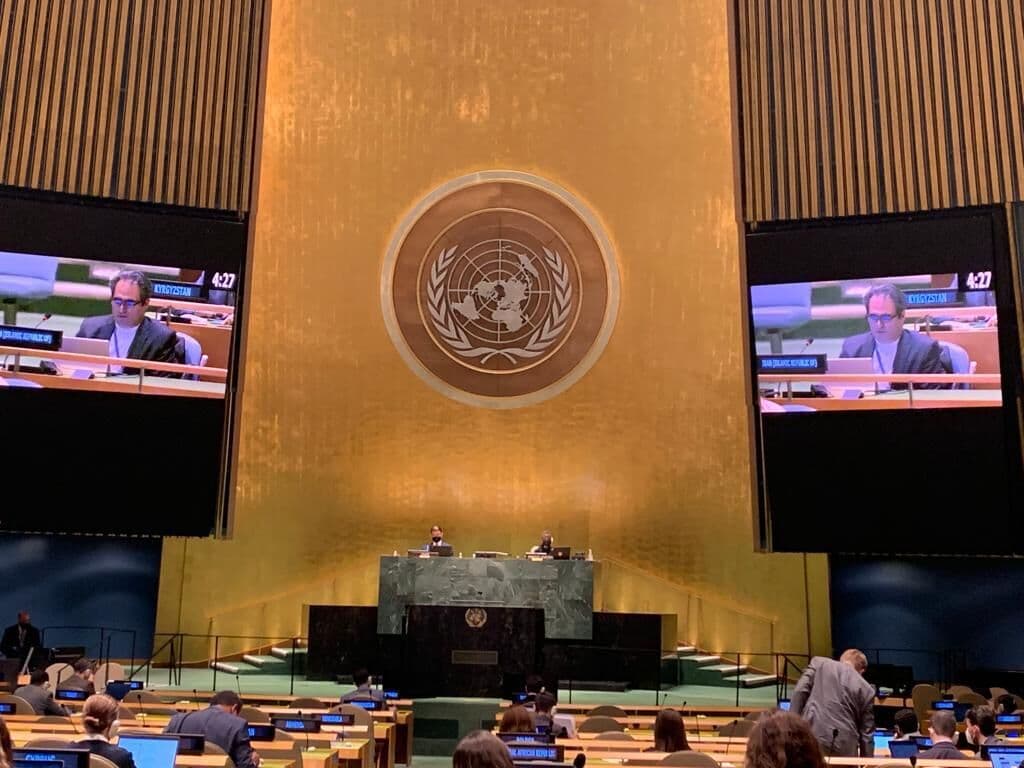 An Iranian diplomat in New York has said the Zionist regime’s fabricated accusations against Iran are a tool the regime constantly uses to cover up its crimes against the Palestinian people.

Heydar Ali Balouji made the comment in response to the rhetoric of the Zionist regime against the Islamic Republic and its peaceful nuclear program.

Balouji seized two opportunities that were given to him at the First Committee of the 76th General Assembly meeting of the UN in New York to respond to the Israeli regime’s allegations. He said, “We emphasize that no lies and fabricated crises can hide from the public the criminal, belligerent and expansionist nature of this regime.” That is a technique this regime has used for the last 70 years, he added.

The diplomat stressed that it is the Zionist regime that openly violates international law, UN resolutions, and the fundamental rights of the Palestinian people and the Arab inhabitants of the occupied territories. “As a result, the Palestinian people are deprived of their right to their land and property, and they are forcibly displaced and exposed to terror, intimidation and violence, and they are denied their right to self-determination” he said.

Balouji noted that Israel is using the Covid pandemic as a cover to press ahead with its settlement expansions in Palestinian territories.

Balouji noted that the Zionist regime is the main obstacle to creating a nuclear-weapons-free Middle East, which is an Iranian initiative.

The Iranian diplomat noted Israel’s WMDs are the most serious security threat to the entire region.