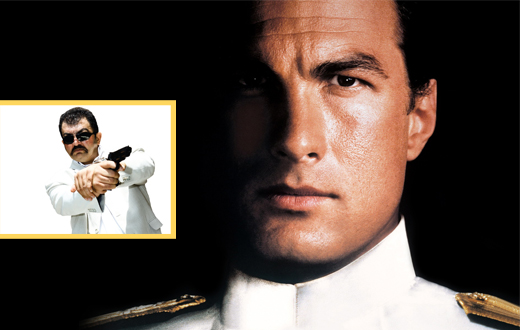 Ahmad Irandoust, a towering Iranian bodyguard recalls his encounter with Steven Seagal behind the scenes of a movie where he challenged the muscled US actor to a fight.

Ahmad Irandoust, an Iranian bodyguard-turned-actor who has been hired in the past by Hollywood celebrities such as Jennifer Lopez, has recalled an encounter with US actor Steven Seagal when he was still the bodyguard of a Hollywood figure.

The following is the translation of his story which originally appeared on cinemapress.ir and then printed on April 14 by Haft-e Sobh daily:

I used to believe that martial arts performed by Steven Seagal were just acrobatic tricks, so I invited him to a fight at the backstage of a movie.

Seagal asked for a written waiver to be cleared of all responsibility in case anything happened to me in the showdown.

Immediately after I threw the first punch, I was thrown in the air and landed on the arm, sustaining multiple fractures to my hand.

In spite of the written deal, Seagal paid for the medical costs, apologized to me and said that he never thought that I would land on my arm.