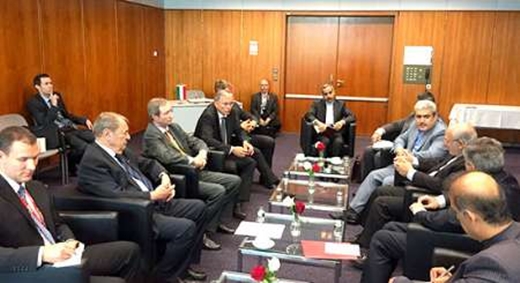 Vice-President for Science and Technology Sorena Sattari met and conferred with the Austrian President Heinz Fischer on bilateral cooperation in scientific and technological issues.

Sattari, who is now in Vienna, has already addressed the closing ceremony of the two-day Iran-EU conference dedicated to “EU-Iran – Post Sanctions Era” in the Austrian capital.

During his address, Sattari referred to Iran’s great potential and focused on developing markets in the country.

He further encouraged the participants to make investment in Iran.

He also referred to Pardis Technology Park in Iran that can be considered a place for transferring modern technologies.

During his stay in Vienna, Sattari inked two trade agreements with European companies.

Also, he met with a number of Austrian officials.