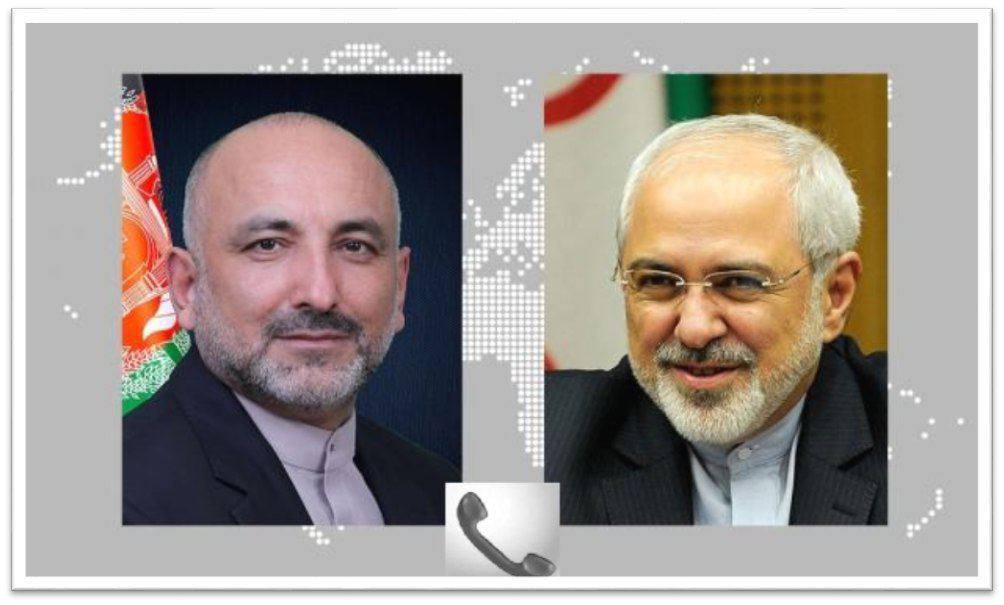 During the phone conversation, Zarif underlined the need for maintaining Afghanistan’s democratic achievements in the past two decades, and its relation with sustainable peace.

The Afghan foreign minister, in turn, expressed pleasure with the growing relations between the two countries, and praised Tehran’s effective role in the Afghan peace process.

The two sides also stressed the necessity of accelerating the finalisation and signing of the comprehensive document for Iran-Afghanistan strategic cooperation.

Earlier in the day, Zarif had told a webinar at the Raisina Dialogue held in New Delhi that Iran and the region will not allow Afghanistan to return to what it was in the 1990s.

Addressing the seminar which was attended by Afghanistan’s National Security Advisor Hamdullah Mohib, Zarif said the American troops’ withdrawal from Afghanistan will be a positive step.

“That US forces will finally pull out of Afghanistan is a positive move, and the Taliban should not cash in on this opportunity to stoke violence,” he added.

Zarif noted Iran welcomes US forces’ “responsible withdrawal” from Afghanistan and believes the presence of foreign troops has never contributed to security in Afghanistan and the whole region.

The top Iranian diplomat added the Taliban should take the opportunity and immediately kick off serious negotiations with the Afghan government.

“The Taliban cannot bide its time to see a vacuum created in order to take advantage of it and see Afghanistan plunge into civil war,” said Zarif.

“The Taliban can be part of the trend of talks, but cannot take control of it,” the top diplomat noted.