Iran will tap all power to solve regional crises: Velayati 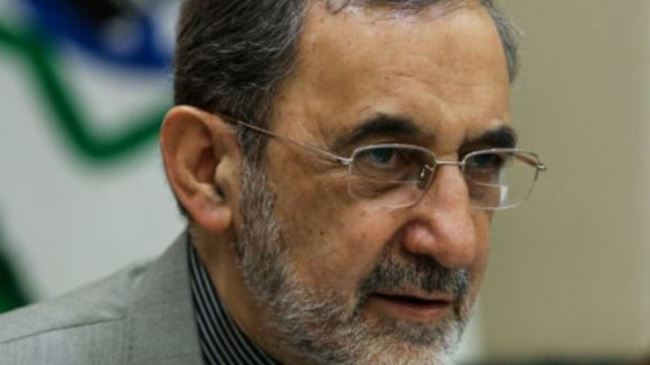 Iran has never sought to gain dominance over any independent country and its very good relations with many regional nations help it solve the ongoing problems in the region.

A senior advisor to Leader of the Islamic Revolution Ayatollah Seyyed Ali Khamenei says the Islamic Republic will employ all of its capabilities to solve regional crises.

“Iran, while not interfering in the affairs of countries, will make use of its capacity and capability to settle regional problems and maintain unity in the Muslim world,” Ali Akbar Velayati said on Friday.

He added that Iran has never sought to gain dominance over any independent country, saying the Islamic Republic’s very good relations with many regional nations would help it solve the ongoing problems in the region.

Velayati said that based on Iran’s Constitution, Tehran has the duty to support nations against occupation of foreign forces and foreign interference.

“Based on this principle, we have supported the brave resistance of the Palestinian and Lebanese people,” Velayati, who is also the president of the Center for Strategic Research of Iran’s Expediency Council, pointed out.

“We also support the people and constitutional government in Syria and believe that the Syrian nation, itself, must settle the problems. No other country and no foreigner have the right to determine the country’s affairs,” the top Iranian official said.

He emphasized that stability would be established in the region by avoiding tribal and ethnic conflicts and called for adopting a rational, fair and Islamic stance on the fight against the Takfiri movements.

The ISIL terrorists control some parts of Syria and Iraq.

They are engaged in crimes against humanity in the areas under their control. ISIL militants have terrorized and killed people of all communities, including Shias, Sunnis, Kurds, and Christians.