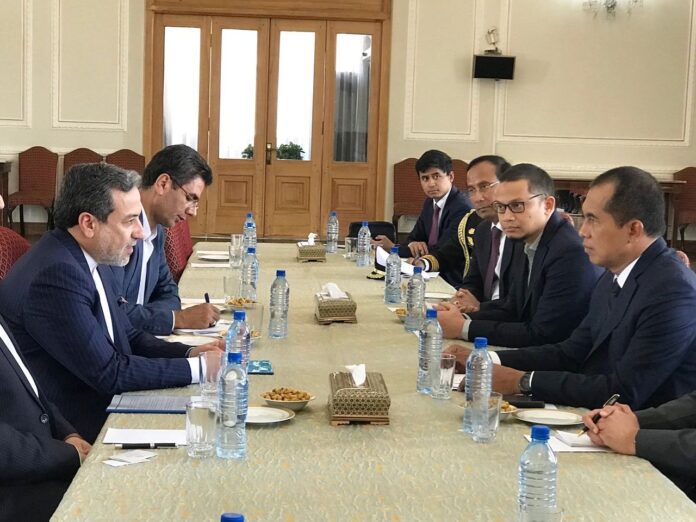 Iranian Deputy Foreign Minister for Political Affairs Abbas Araqchi says the Islamic Republic will give a rapid and crushing response to any act of aggression, reiterating that Iran’s military capabilities are for defence.

Araqchi made the remarks in a Wednesday meeting with Chairman of the Defence, Intelligence, Foreign Affairs and Information Commission of the People’s Representative Council of Indonesia, Abdul Kharis Almasyhari, and some of the commission’s members in Tehran.

In the meeting, the Iranian diplomat welcomed the expansion of relations with Indonesia in diverse fields, explicated Tehran’s defence policy, and underlined that its military capabilities are exclusively for deterrence, not against any other country.

“In its modern history, Iran has not started any war, and will not do it hereafter either, but would not have the slightest hesitation in defending itself, and will respond to any aggressor immediately and crushingly,” Araqchi stressed.

On Iran’s peaceful nuclear program and the US’ baseless allegations, the Iranian diplomat said, “According to the fatwa (religious edict) of the Supreme Leader, we deem any kind of non-peaceful use of nuclear energy haram (forbidden) and rejected, but we have locally developed this technology within the framework a peaceful program, with the capabilities of our own scientists.”

He also emphasized that Washington’s cruel sanctions against the Iranian nation are illegal and inhumane in nature, noting, however, that Iran is determined to turn them into an opportunity for transforming its economy.

For his part, chairman of the Indonesian parliamentary commission lauded Iran’s self-confidence and independence, stressed the need for the enhancement of parliamentary interaction between the two Muslim states, and voiced Indonesia’s readiness for cooperation with Iran in various fields, including in the fight against extremism and terrorism.