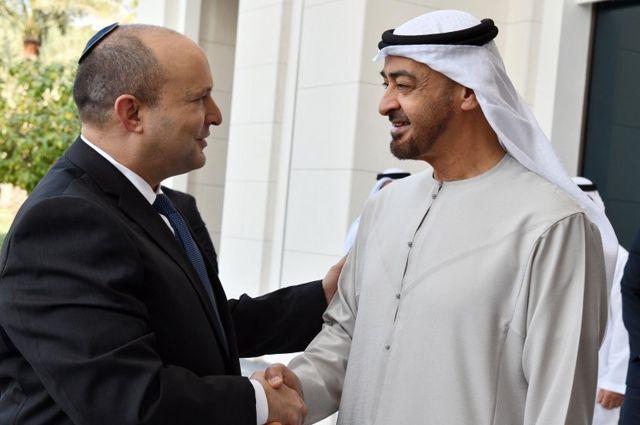 Khatibzadeh added that welcoming the prime minister of an illegitimate regime which has been the root cause and creator of insecurity, tension and warmongering for more than 70 years in the territory of Arab and Muslim countries will linger in the historical memory of the Palestinian people, regional nations and the freedom-seeking people of the world.

He strongly warned against any move that would strengthen the fake regime’s destructive and seditious presence in West Asia.

Khatibzadeh said such acts disrupt security in the region and run contrary to the interests of the Islamic ummah, regional people and Arab countries.

The Iranian Foreign Ministry spokesman reaffirmed the permanent cause of the liberation of Holy Quds as the first qibla of world Muslims.

The Iranian Foreign Ministry spokesman stressed that no move toward normalization with Israel will stifle the lofty cause of Palestine.

Israel’s prime minister met with the crown prince of Abu Dhabi on Monday as part of the first official visit to the UAE by a prime minister of the Zionist regime. The UAE became only the third Arab state to fully recognise Israel last year as part of the so-called Abraham Accords brokered by former US president Donald Trump.