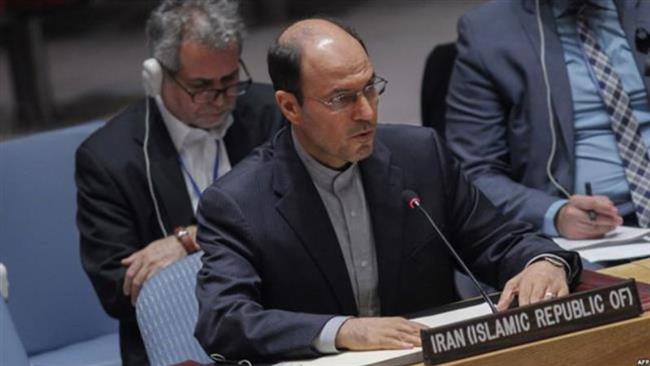 Addressing a session of the Special Political and Decolonization Committee of the UN General Assembly on Tuesday, Gholam-Hossein Dehqani warned about Israel’s growing use of violence against Palestinians as well as a dire humanitarian situation in the occupied territories.

Dehqani expressed Iran’s deep concern over a crippling Israeli siege on the Gaza Strip, saying the “illegal land and sea blockade… must be lifted and all crossing points must be opened promptly and unconditionally.”

The blockade, which was imposed against Gaza on 2007, has caused a decline in the standards of living as well as unprecedented levels of unemployment and unrelenting poverty.

Dehqani further called for an immediate end to the Israeli regime’s illegal settlement construction in the occupied West Bank, detention of the Palestinian people and demolition of their homes.

“These practices clearly violate a range of human rights” and amount to “war crime in accordance with international humanitarian law,” he said.

The Iranian diplomat further reiterated the Islamic Republic’s “unwavering and full support for the Palestinian people in their rightful and legitimate struggle against the occupation and for their just quest for exercise of their right to self-determination.”

He said that Tel Aviv’s measures in East Jerusalem al-Quds and the occupied Golan Heights are in violation of the international laws.

Dehqani said that the Golan Heights is an “integral part” of Syria and the international community must pressure Tel Aviv to withdraw its troops from the strategic region.

Israel seized the Golan Heights from Syria after the 1967 Six-Day War and later occupied it in a move that has never been recognized by the international community.

The regime has built tens of illegal settlements in the area ever since and has used the region to carry out a number of military operations against the Syrian government.