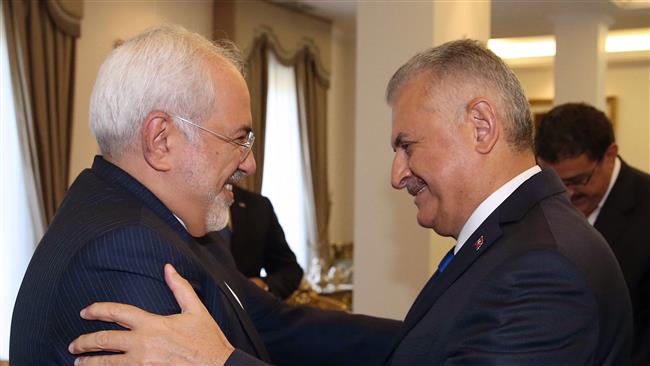 Iran and Turkey have agreed on cooperation towards a pause in fighting in Syria and delivering humanitarian aid to the people of the war-torn country.

“There is a political will to this end,” he said.

Yildirim, for his part, also called for the expansion of bilateral ties with Iran in different sectors, including energy, trade, transport and communications.

During his trip, Zarif also discussed important regional issues, including the Syrian conflict, with his Turkish counterpart Mevlut Cavusoglu.

Wednesday’s meetings were the third of such talks between high-ranking Iranian and Turkish officials over the past two months.

Since March 2011, Syria has been gripped by deadly militancy it blames on some Western states and their regional allies.