Iran top commander: ISIL will eventually disappear from the region 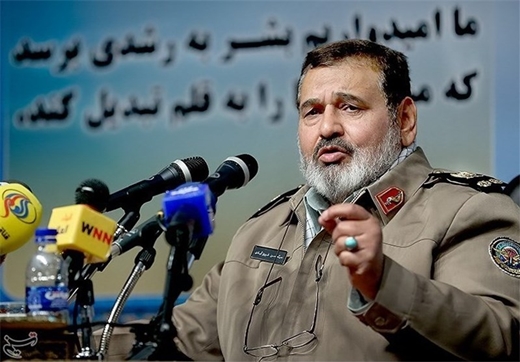 Major General Hassan Firouzabadi has said that the resistance movement in Yemen will emerge victorious and that measures by the opponents of the Yemeni people will produce no results.

The chief of staff of the Iranian armed forces has said that ISIL will be eliminated following the developments expected to unfold in the region.

Major General Hassan Firouzabadi made the comment in an interview on Sunday and added that the terrorist group and its allies will be history in the future. Tasnim News Agency on August 9 published the top general’s remarks, and the following is the translation of part of his comments on developments in four Arab nations, namely Syria, Iraq, Yemen and Bahrain:

Thank God, the key breakthroughs Damascus has achieved on different fronts have injected new life into the central government in Syria which has proved steadfast and capable of maintaining the country’s national interests and respecting its constitutional boundaries.

The Islamic State of Iraq and the Levant (ISIL) and its allies are crumbling under the pressure of developments which are expected to play out in the country down the line.

Mischievous measures are being taken in this country. The respected people of Iraq, Sunnis and Shiites alike, should remain vigilant. The existing shortages are not genuine. A call for street protest – sparked by certain groups which are mostly non-Muslims – an explosion targeting power lines transferring Iranian electricity to Iraq and other acts of sabotage are all aimed at showing the inefficacy of the country’s central government.

The resistance [movement] in Yemen will be the [ultimate] winner and measures by those opposing the Yemeni people will lead nowhere. At times, they make headlines by the money they spend on what they seek and by the mobilization of hired mercenaries, but such developments have no root in Yemeni soil and in the hearts of its people. These measures will fade as fast as they have happened.

The situation on the ground has shown that “the one-vote-for-each-citizen” demand cannot be suppressed. The Bahraini government has to reach an agreement with the country’s elite before the opportunities slip away. It should also release popular leaders from jail to steer the developments in the right direction and serve the interests of the Bahraini government and people.