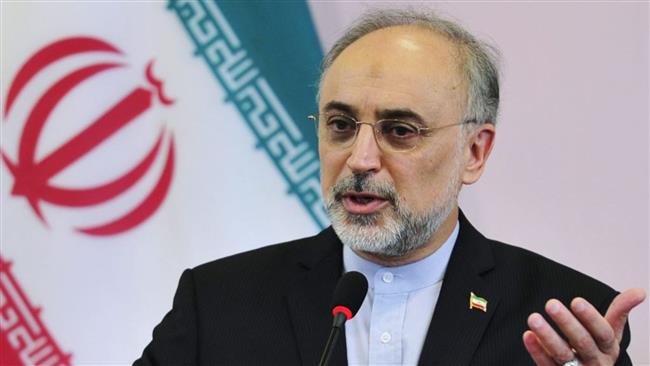 “In the construction of nuclear power plants, as I have already stated, we hopefully, within the next few months, will be witnessing the launching of new reactors. Activities are going on and they are expanding even in some areas,” Salehi said in an exclusive interview with Press TV on Saturday.

He added that Iran and Russia have signed agreements for the construction of “two big reactors in Bushehr.”

Salehi said the recognition of Iran’s enrichment activities by the international community, particularly the UN Security Council, was “one very good achievement” within a nuclear agreement reached between Iran and the P5+1 group of countries, dubbed the Joint Comprehensive Plan of Action (JCPOA).

“We are one among the very few or probably the very exceptional countries that its enrichment activity has been recognized by an international body such as the UN Security Council,” the AEOI head said, adding, “One of the achievements within this framework is the fact that we were able to sell or we got this opportunity to sell our enriched uranium and get in return natural uranium or the yellowcake.”

He described JCPOA as a “good deal” that allows Iran to enter the club of countries that can enrich uranium and sell it at global market.

Iran and the five permanent members of the UN Security Council – the United States, France, Britain, China and Russia – plus Germany started to implement JCPOA on January 16.

Salehi also said Iran and the IAEA have entered into a new phase in cooperation and urged the body to remain impartial.

“The IAEA, being the sole verifying body, needs to keep its integrity and impartiality. Otherwise, its credibility will be questioned,” the Iranian official stated.