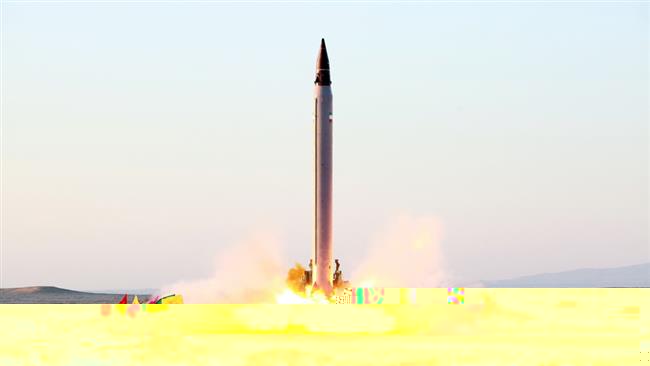 The defense minister has said that Iran does not ask for anybody's permission to increase its defense might and missile capabilities.

Speaking to reporters on Sunday, Dehghan said the surface-to-surface missile has been completely designed and manufactured by experts of Iran’s Aerospace Industries Organization affiliated with the Iranian Ministry of Defense.

Emad is Iran’s first long-range missile with guidance and control systems which can hit targets and completely destroy them with high precision, the Iranian minister added.

He also stated that the Defense Ministry pursues a strategy based on developing and increasing the missile capabilities of the Iranian Armed Forces and enhancing the Islamic Republic’s deterrent power.

“We do not ask for permission from anybody to increase our defense might and missile capability and are decisively following up our defense plans, particularly in the missile sector,” Dehghan said, emphasizing that the manufacturing of Emad is an apparent example of such a strategy.

The Iranian defense minister said Emad would be mass produced and delivered to missile units of the Iranian Armed Forces soon to significantly enhance their tactical and operational power.

The Islamic Republic has repeatedly said that its military might poses no threat to other countries, reiterating that its defense doctrine is merely based on deterrence.