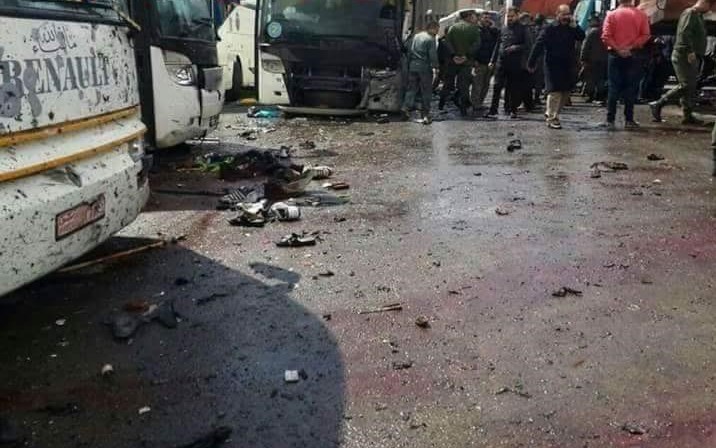 Iran on Saturday strongly condemned the deadly bombings in the Syrian capital in which almost 50 people were killed and over 100 others were wounded.

Twin bombs targeting Shiite pilgrims killed 46 people in Damascus, most of them Iraqis, on Saturday in one of the bloodiest attacks in the Syrian capital.

A roadside bomb detonated as a bus passed and a suicide bomber blew himself up in the Bab Al Saghir area, which houses several Shiite mausoleums that draw a large number of pilgrims.

“Indiscriminate assassinations, carnage and spilling the blood of innocent people, including women and children, are the last resort of the desperate and miserable terrorists who have lost their control more than ever following their repeated failures in different fields,” he noted.

“Terrorists and their overt and covert supporters know well that they are on the threshold of more failures and on the verge of ruin and undoubtedly full collapse,” Qassemi stated.

Earlier, the Syrian Foreign Ministry strongly condemned terrorist attacks in the country’s capital, saying that the attacks were terrorists’ response to the recent achievements made by Syrian army in the ongoing fight against terrorism.

Also, the Iraqi foreign ministry said around 40 of its nationals were among the dead and 120 among the wounded.

Ministry spokesman Ahmed Jamal said buses carrying Iraqi pilgrims to the shrines were targeted. He said a crisis response team has been formed to expedite the identification and transport of the killed and wounded.