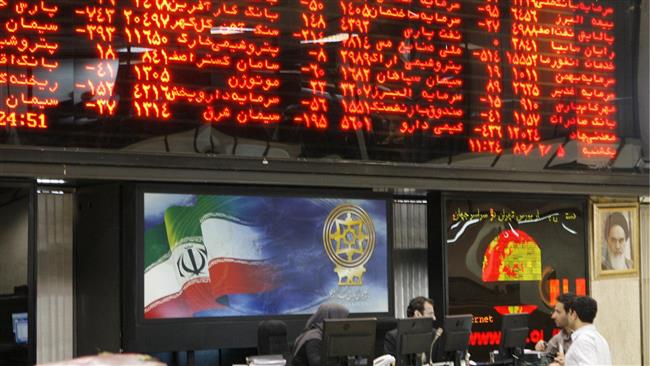 Iranian stocks have climbed to their best performance in a year, buoyed by international rush for business in the wake of a nuclear deal which went into effect last month.

“Since the implementation of the nuclear deal last month, the stock index has experienced 15% growth in terms of share turnover alone,” Tehran Stock Exchange (TSE) spokesman Hamid Rouhbakhsh was quoted as saying.

The volume of daily trading has increased from $40 million to $133 million since the implementation of the deal, he told the Associated Press.

Rouhbakhsh said the trade value “is a very good indication that foreign investors are now more enthusiastic about our market than before.”

According to TSE Chief Executive Officer Hassan Ghalibaf Asl, the value of transactions by overseas investors, mostly European, increased to about 500 billion rials ($16.6 million) in the 10 days through Jan. 26.

Cited by Bloomberg, Ghalibaf Asl said about 500 trading codes had been issued to foreigners by Iranian authorities, enabling them to actively buy and sell shares.

Around 100 of the codes belong to institutional investors and 400 to individual investors, he said.

Ghalibaf Asl said the nuclear deal “has generated optimism about the future because the picture is clearer for investors.”

According to ACL Assets Management, an investment firm that focuses on Iran, inflows to the country may reach as much as $1 billion after six to eight months.

With its $417 billion economy, which is the second-largest in the Middle East and more diversified than other regional oil exporters, Iran has a solid foundation for rapid economic development and growth, it said.

The country benefits from a young, well-educated labor force and a large industrial base, it said.

Moody’s said Iran won’t suffer from capital flow volatility amid US interest-rate increases because it has had minimal exposure to external debt and foreign direct investment.

Iranian and Persian Gulf Arab stocks have moved in opposite directions since the implementation of the nuclear deal.

In the Persian Gulf states, panic has gripped traders in response to a fresh tumble of oil and global equity prices.

The nuclear deal has allowed Iran to ramp up oil production after years of sanctions.