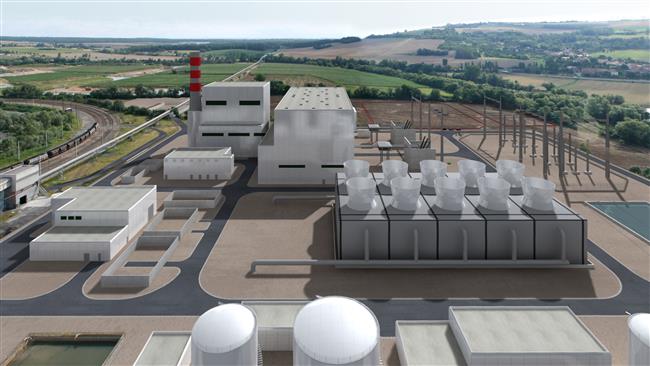 The agreement between the Ministry of Energy and the foreign firm envisages developing gas-powered plants for 3,250 MW and wind farms for 1,000 MW of electricity, Nobakht said.

The Iranian government has signed an agreement worth $6 billion with a European company to build 4,250 MW of power capacity in the country.

The agreement between Iran’s Ministry of Energy and the foreign firm envisages developing gas-powered plants for 3,250 MW and wind farms for an additional 1,000 MW of electricity, Government Spokesman Mohammad Bagher Nobakht said.

“The big investment will be made by March under the existing political conditions where the Joint Comprehensive Plan of Action and the lifting of sanctions have not started yet,” he said.

Nobakht did not name the European company, but Tasnim news agency said Belgian UNIT International SA, which is already involved in construction of gas-fired power plants in Iran, was the likely developer.

The government just recently approved the establishment of a 3,250 MW capacity at Tabriz, Miyaneh and Aras sites in northwestern Iran and Zahedan in southeastern Iran, Tasnim News Agency reported.

“The plan is to be implemented for the first time in Iran with direct foreign investment,” the news agency added.

The sites for the wind farms have yet to be finalized. According to Tasnim, several locations across Iran, including Ahar and Sarab in the northwest, are being broached for the purpose.

Iran is the Middle East’s biggest electricity producer with a capacity of 70,000 megawatt-hours. Energy Minister Hamid Chitchian has said the country planned to raise it to more than 100,000 MW.

On Tuesday, Nobakht said some 5,000 MW of additional power is to be generated a year to meet the rising demand in the country of 80 million.

The government is eyeing renewables as the new alternative to fossil fuels which constitute about 90% of Iran’s energy mix.

The existing renewable capacity is focused on hydro power plants which produce about 8,500 MW. Green power plants account for only 150 megawatts of electricity used in the country.

The government plans to install 5,000 MW of renewable capacity, putting Iran among the likes of the UK and France in this category. The Ministry of Energy is already implementing 500 MW wind converters and another 100 MW biomass projects.

The Middle East’s first geothermal power plant, a 50-megawatt pilot project, is being built at the foot of an inactive volcanic peak in the northwestern city of Meshginshahr.

However, Iran’s renewable energy potential is huge and only the wind capacity is estimated at 30,000 MW.

German companies are reportedly about to begin building wind farms next year in Iran at a cost of $331 million. In August, they signed a document for generation of 100 MW of wind power plus 400 MW of solar in southern Khuzestan.

Back then, Italy’s Fata, the engineering unit of leading industrial group Finmeccanica, signed a 500 million euro ($543 million) contract with Ghadir Investment Company to build a power plant in Iran.

A consortium of Iranian, Indian and South Korean companies seeks to set up an energy park in Khuzestan Province in a project worth $10 billion, including generation of 1,000 MW of solar power.