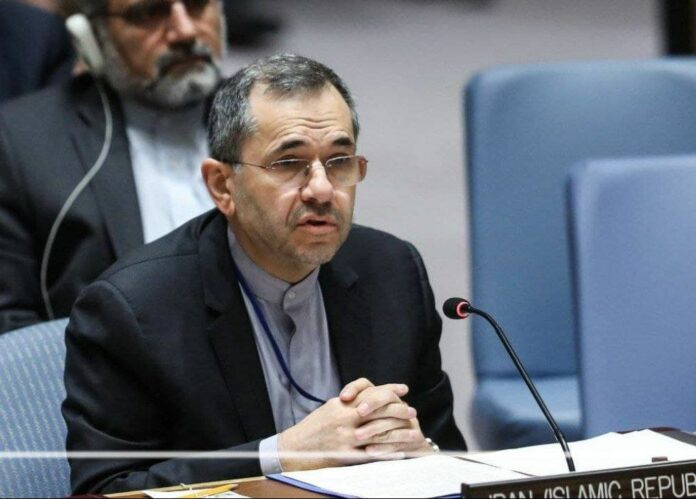 Iran’s ambassador to the United Nations says the 2015 nuclear deal, officially known as the Joint Comprehensive Plan of Action (JCPOA), should be enforced as there is no better replacement for it.

Majid Takht-Ravanchi made the comment in a speech at a meeting of the UN Security Council.

“Today’s message of this council is crystal clear: the JCPOA should be implemented and there is no better alternative to it,” said the Iranian envoy in his comments.

He also criticised a handful of UNSC member states for calling on Iran to return to its commitments under the JCPOA, saying it was the US, not Iran, that had withdrawn from the agreement.

“They asked Iran to fully return to its obligations under the JCPOA as if it was Iran that left the deal,” he said in his speech.

He said the US imposed sanctions on Iran with the announced objective of “starving a whole people.”

Takht-Ravanchi underlined Iran will not forswear the hundreds of billions of dollars in losses inflicted on its economy as a result of US sanctions.

He then noted that the US sanctions on imports of medical equipment into Iran have caused the deaths of many Iranians.

“Unfortunately, the precious lives lost due to sanctions will not come back,” he underlined.
He once again reiterated that “the JCPOA is not a one-way street.”

“The JCPOA is built on two principles: Iran’s nuclear commitments and [the other side’s] mutual obligation to lift all UN, EU and US sanctions as well as boost normal trade and economic ties with Iran,” he said.

“All these commitments have been mentioned and explained in the JCPOA and Resolution 2231 very precisely and in detail,” he said.

He also underlined that reports by the International Atomic Energy Agency (IAEA) over the past six months confirm that Iran’s nuclear program has been peaceful and there has been no diversion in Iran’s nuclear materials toward non-peaceful objectives.