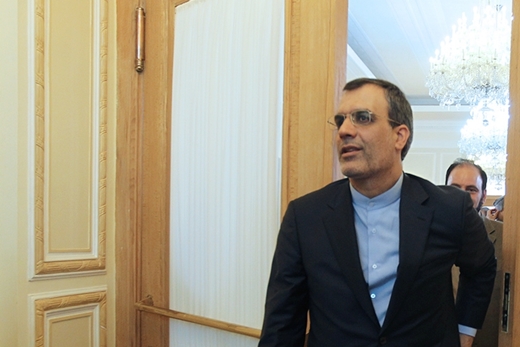 Iran’s Foreign Ministry has offered condolences to the Lebanese government, nation and the bereaved families of the victims over the tragic incident.

The Iranian Foreign Ministry has strongly condemned two terrorist attacks that killed scores of people in Lebanon’s capital on Thursday.

Foreign Ministry Spokesman Hossein Jaberi Ansari offered condolences to the Lebanese government, nation and the bereaved families of the victims over the tragic incident.

He further expressed hope that unity among the Lebanese nation, resistance movement and army, as well as the international community’s determination in the fight against terrorism will pave the way for an effective battle against extremist and terrorist groups.

Jaberi Ansari also hoped that the solidarity of Lebanese society, which symbolizes unity and resistance, will be preserved.

At least 43 people were killed and more than 200 others injured after two explosions struck the General Security Post in Hussaineya Street in Borj al-Barajneh neighborhood in southern Beirut on Thursday.

The death toll is expected to rise as many of the wounded are in critical condition.

The IS terrorist group released a statement, claiming responsibility for the bombings.

Lebanese Prime Minister Tammam Salam declared Friday as a day of national mourning and condemned the attacks as “unjustifiable.” He further called for unity against “plans to create strife” in the country.