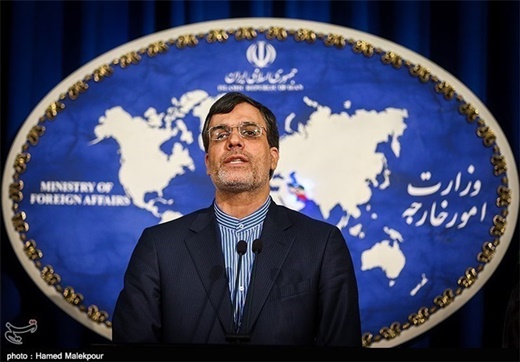 Iran’s Foreign Ministry flatly rejected the US annual report on terrorism, which singled out Iran as a state sponsor of terrorism, saying the US is known as the biggest supporter of terrorist groups and the Israeli regime as “the symbol of state-sponsored terrorism”.

He underlined that the anti-Iran accusations reflect Israel’s objectives, denouncing the Tel Aviv regime as the embodiment of occupation, state-sponsored terrorism, violation of human rights and enforcement of oppressive policies against Palestinians.

Jaberi Ansari then lashed out at Washington for its double standards towards terrorism and for turning a blind eye to the acts of terrorism against civilians across the world.

The spokesman also blamed the US for backing the terrorist groups in Iraq, Afghanistan, Syria, Libya, Yemen and elsewhere, for shirking responsibility and accusing others of sponsoring terrorism.

Iran is itself one of the major victims of terrorism, he added, pointing to 17,000 Iranian nationals who have been killed in terrorist attacks.

“The Islamic Republic of Iran has practically proved to be the most serious and influential force in the fight against terrorism,” he pointed put.

It came after the US State Department listed Iran as the top state sponsor of terrorism in its annual report on global terrorist activity.

The department’s acting coordinator for counterterrorism, Justin Siberell, briefed reporters on Thursday on the report’s content, saying Iran “remained the foremost state sponsor of terrorism in 2015, providing a range of support, including financial, training, and equipment, to groups around the world.”