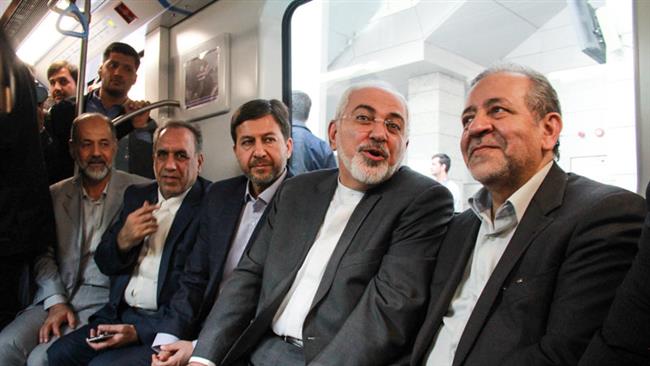 Iran has held talks with many countries on visa requirements and the diplomacy apparatus is ready to provide anything needed to facilitate the growth of the tourism sector, said Zarif.

Iranian Foreign Minister Mohammad Javad Zarif has said the country is ready to offer visa-free travel to citizens of the countries that are willing to engage in reciprocal visa waiver mechanisms with the Islamic Republic.

Citizens of the countries which are ready to waive visa requirements for Iranian nationals will also receive visa waivers from the Islamic Republic in a reciprocal move, Zarif said Friday on a visit to Isfahan, a major tourist hub in central Iran.

The top diplomat said Iran has held negotiations with many countries on the issue of visa requirements, saying the diplomacy apparatus is prepared to provide anything needed to facilitate the growth of Iran’s tourism sector.

Iran has dropped visa requirements for nationals of seven countries as part of its plans to boost the country’s tourism. Citizens of Turkey, Lebanon, Azerbaijan, Georgia, Bolivia, Egypt and Syria can travel to Iran and stay in the country without visa from 15 to 90 days.

Intelligence officials in Iran have also approved a plan to expand the list to include 12 more countries, but sources in Iran’s tourism sector say the Foreign Ministry opposes the move, arguing visa-free travel is basically a reciprocal mechanism.

According to the Visa Restrictions Index, holders of an Iranian passport can visit 40 countries visa-free or with visa on arrival.

Many observers say the July 14 nuclear agreement between Iran and P5+1 – Russia, China, France, Britain, the US and Germany – will significantly boost the Islamic Republic’s tourism sector and increase demands for Iranian visas.