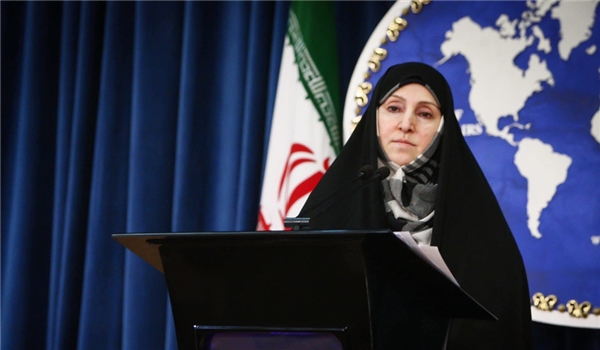 Afkham also called on the international organizations, especially the Red Crescent, to prepare the ground for sending food and medical aid to the Yemeni people.

Her remarks came after an Iranian plane which was bound for Sana’a Airport was intercepted by the Saudi fighters before landing in Yemen’s airport on Tuesday.

Sources in the Yemeni capital said the Saudi warplanes targeted the airport seven times to make the Iranian plane avoid landing and return to Iran.

The air strikes also set fire to an aircraft belonging to the al-Saeeda airlines.

The sources said the cargo plane was due to take humanitarian aid to Yemen and take several civilians, who were critically wounded in the recent Saudi bombings, back to Tehran to receive medical treatment.

The plane’s pilot, Captain Behzad Sedaqat, told the Iranian state-run TV on Tuesday night that “15 minutes after entering Yemen’s airspace, Saudi fighter jets came to escort us insisting that we change our flight plan and go to Saudi Arabia”.

“Then they once again warned us to go to Saudi Arabia and land in an airport there, but we refused,” the captain said, adding that the Saudi fighter jets have even threatened to shoot the plane down and told him that the cargo plane had no other way, but to change the flight plan accordingly.

“But when we defied and approached the Sana’a International Airport, the Saudi warplanes targeted the airport with rockets and bombs, and when we found out that we couldn’t land in there we decided to return,” said the captain who went to the Omani capital, Muscat, to refuel the plane before returning to Iran. 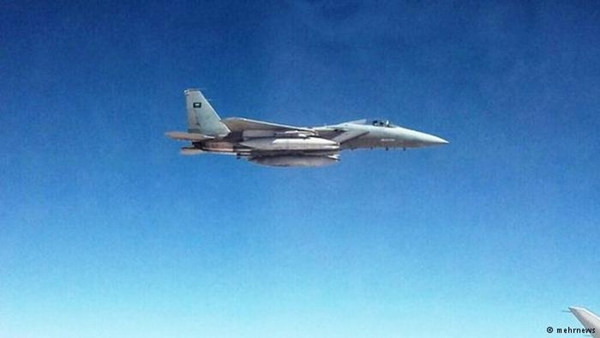 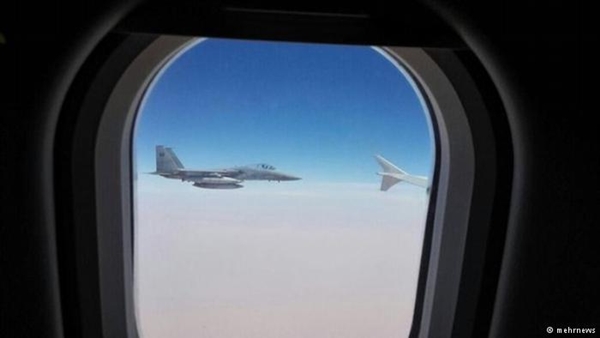 Saudi jet fighters on Thursday prevented an Iranian cargo plane carrying humanitarian aid from entering Yemen’s airspace. The Iranian civilian plane carried humanitarian aid, including medical equipment, for the Yemeni people who have been under the Saudi-led airstrikes for almost a month now.

In response, the Iranian foreign ministry summoned the Saudi charge d’affaires in Tehran on Friday to protest against the Arab country’s continued blocking of Iran’s cargo planes carrying humanitarian and medical aid to Yemen.

In the absence of the Saudi ambassador to Iran, the country’s chargé d’affaires was summoned to the foreign ministry after the Saudi warplanes prevented the cargo planes of the Iranian Red Crescent Society (IRCS), carrying pharmaceutical aid and also the wounded Yemenis who have been treated (in Iran), from entering Yemen’s airspace despite obtaining the needed permissions from Saudi Arabia.

“Riyadh’s behavior and its siege of Yemen and preventing the dispatch of humanitarian aid will not remain unanswered,” Amir Abdollahian said on Sunday.

“Saudi Arabia is not entitled to decide for others in the region,” he added.

Iran has already sent five consignments of humanitarian aid to Yemen, including a total of 69 tons of relief, medical, treatment, and consumer items