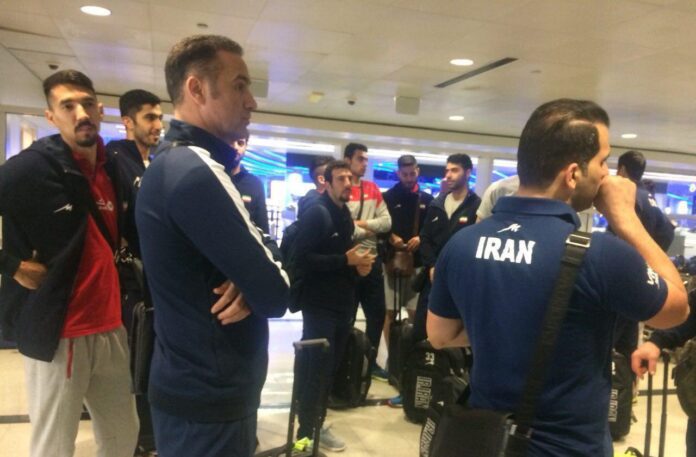 The Iranian Foreign Ministry has expressed protest at the US’ move to keep Iran’s volleyball players at the Chicago Airport for hours upon their arrival in the country.

The protest was conveyed by Director of the Iranian Foreign Ministry’s Department for the Americas Mohsen Baharvand to the Swiss ambassador to Tehran, whose country protects the US interests in the Islamic Republic.

“If the US cannot host all athletic teams in a fair and even-handed way, it had better refrain from playing host to athletic competitions,” Baharvand said, slamming the US authorities’ treatment of Iranian athletes.

The Iranian Foreign Ministry’s protest against the US administration came after members of Iran’s national volleyball team were reportedly held at a Chicago airport for four hours upon their arrival in the US.

The Iranian athletes are in the US to attend the final round of the 2019 FIVB Men’s Volleyball Nations League.

Iran, Brazil, Poland, Russia, France and the US are going to compete in the Finals of 2019 FIVB Men’s Volleyball Nations League on July 10-14 at Credit Union 1 Arena in Chicago.

Iranian players had received the same treatment last year. Back in June 2018, the US security forces had mistreated the Iranian players upon their arrival at a US airport.

“In the USA, the FBI … asked some players one by one some stupid questions,” Kolakovic told the Tasnim News Agency.

“Do they know some person from some photos?… And police keep us in the airport in one small place for almost three hours and at the same time Poland passed close to us with smiles, without any procedure…”

“We are a national team in one sport… For us it mustn’t be a problem,” the coach said.

“Also, how is it possible that young sportsmen can’t get a visa for USA or EU… What is this… It is not sport,” Kolakovic regretted.