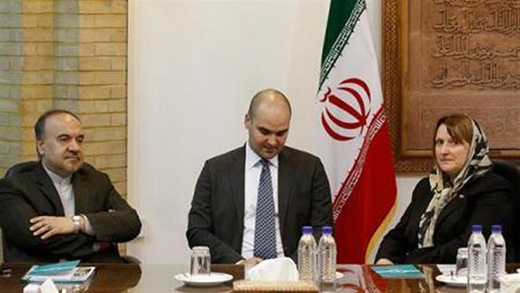 We believe that tourism will witness a growing trend in Iran and we are prepared for the new arrivals after the removal of sanctions, said Soltanifar.

Director of Iran’s Cultural Heritage, Handicrafts and Tourism Organization says the country is well-prepared for the “new shock” to be triggered by massive tourist inflow.

“We believe that tourism industry will witness a growing trend in Iran and we are prepared for the new shock which will be caused by the massive inflow of tourists,” said Masoud Soltanifar in a meeting with a German parliamentary delegation in Tehran.

Iran’s highest-ranking tourism official said tourist influx into the country is expected to increase dramatically in the second half of 2015 after the final deal is secured in the nuclear talks between Iran and P5+1.

Iran has attached considerable significance to developing its tourism industry in recent years.

The country is seen as one of the world’s top potential tourist destinations as it holds countless ancient sites.

Iran is home to 17 historic sites which have been inscribed on UNESCO World Heritage List.

It has a diverse landscape and its tourism industry offers a myriad of recreational opportunities.

They range from hot mineral water showers in the northwest to hiking and skiing in the Alborz mountains to magnificent architectural sight-seeing in the center and beach holidays in the Persian Gulf and the Caspian Sea.

Apart from its glorious ancient sites, the country’s allure lies in its people’s reputation for hospitality.