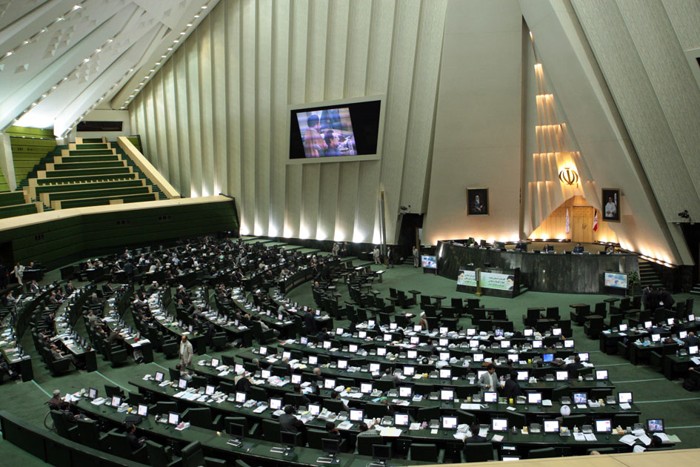 A number of Iranian MPs have signed a motion which asks for parliamentary approval of the nuclear deal and supervision of its implementation.

An Iranian MP has said his fellow lawmakers are trying to introduce a motion – tagged with a “double urgency” status – which requires [the possible] nuclear deal Iran clinches with P5+1 to be approved by the Islamic Consultative Assembly.

Spokesman of parliament’s National Security and Foreign Policy Committee Hossein Naghavi Hosseini made the remark Friday and added the motion also allows parliament to oversee the implementation of the nuclear deal.

The following is the translation of what else the rapporteur said on the parliamentary motion as reported by Alef, a news website, on May 8:

The MP further said over 60 deputies have signed the motion, adding the motion is likely to make it to the floor as it gathers more signatures in the coming days.

He rejected speculations that the motion is a response to a bill adopted in the US Senate to review the Iran nuclear deal and said the Iranian legislators have pieced together the motion in line with Articles 77 and 125 of the Constitution.

He also said it is in keeping with parliament’s constitutional powers and not a response to the US Congress or Senate, it will carry a similar meaning though.

Hosseini went on to say that the deputies have held different meetings to discuss the exact timing of the floor debate, adding we need to study all aspects and hold consultations before taking the motion to the floor due to the sensitivity of the nuclear case.

On Thursday the US Senate voted 98-1 for a bill to give Congress a chance to approve or reject a nuclear deal with Iran. Five days after the conclusion of the deal, it will be sent to Capitol Hill where the US congress members have 30 days to review it.

Earlier President Obama said he would sign the bill into law if it is not amended.