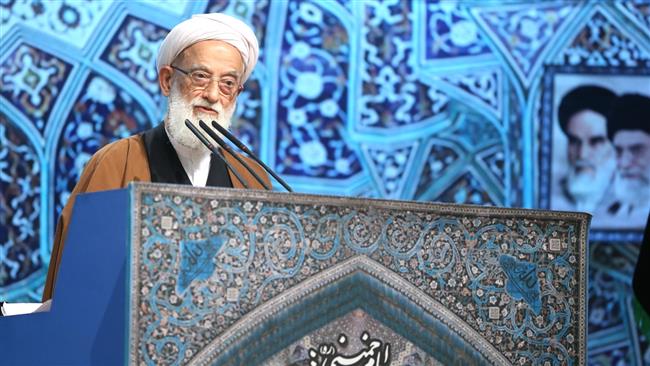 A senior Iranian cleric says a possible final agreement between Iran and P5+1 over Tehran’s nuclear program will be a win-win deal.

“If this agreement is reached, both sides will have emerged winners, i.e. it would be a win-win [deal] but if it (a permanent accord) is not sealed, it would be a win-lose [game],” Ayatollah Mohammad Emami Kashani said in his sermon to worshippers at the weekly Friday Prayers in Tehran.

He added that in case of failure of the nuclear talks between Iran and the six countries, Tehran would be the winner because it has already proven the reliability of its logic to the world.

Emami Kashani reiterated that Iran would never give up its nuclear rights, noting that Leader of the Islamic Revolution Ayatollah Seyyed Ali Khamenei and the Iranian nation support such a stance.

The Iranian cleric said the six powers and their supporters would lose if the nuclear negotiations fail to reach an outcome because “they would show to the world that they favor bullying and ranting and wrongly imagine that Iran would bow to their hegemonic nature.”

A failure in the talks would disgrace P5+1 while a win-win outcome would be beneficial to the negotiating sides and the world, Emami Kashani pointed out.

Iran and P5+1– Britain, France, the United States, China, Russia and Germany – are seeking to seal a comprehensive nuclear deal by July 1. The two sides have already missed two self-imposed deadlines for inking a final agreement since they signed an interim one in the Swiss city of Geneva in November 2013.

Deputy foreign ministers of Iran and the six world powers wrapped up deputy-level negotiations over Tehran’s nuclear program in the Swiss city of Montreux, on Thursday.

An informed source close to Iran’s negotiating team told a Press TV reporter that the next round of talks at ministerial level has been slated for March 15-20.