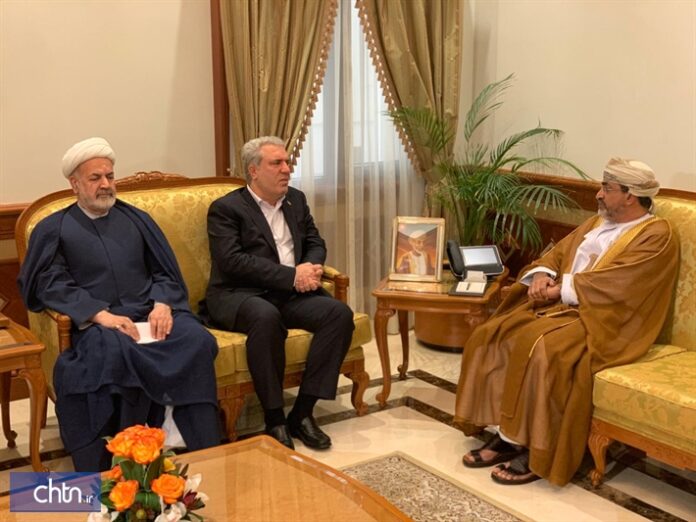 Iranian and Omani ministers have agreed on plans to boost interaction between Tehran and Muscat in the tourism industry and encourage more tourists to visit the two countries.

On the second day of his visit to Oman, Iranian Minister of Cultural Heritage, Handicrafts, and Tourism Ali-Asghar Mounesan held a meeting with Oman’s Minister of Tourism Ahmed bin Nasser Al Mahrizi on Tuesday.
Highlighting Iran’s positive attitude towards Oman, Mounesan said closer cooperation in the tourism sector would expand the bilateral ties between the two Muslim nations in the other fields as well.

Around 8 million foreign tourists visit Iran each year, the Iranian minister added, saying part of those travelers could be dispatched to Oman.

The minister then praised Oman’s efforts to ease visa restrictions for the Iranian travelers, adding that Iran was ready to share its experience in the archeology and repair of historic monuments with Oman.

For his part, Al Mahrizi expressed hope that the Tourism Ministries of the two countries could make great strides in granting visas and providing services for the tourists.

He also noted that Oman has demanded a rise in the number of direct flights to Iran, saying his country was also prepared to launch a shipping route to Iran’s southern port city of Bandar Abbas to transfer tourists on cruise ships.

The Omani minister also hailed a 42 percent rise in the number of Iranian and Omani tourists visiting each other’s countries in 2017 and 2018, saying more Iranian travelers are expected to visit Oman in future.