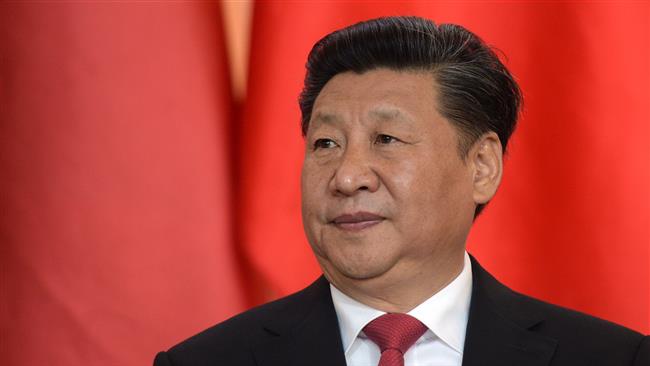 Chinese President Xi Jinping has hailed the landmark nuclear deal between Iran and the P5+1 as a “milestone,” saying the political breakthrough has provided inspiration for the settlement of other issues through diplomacy.

He made the comments during a meeting with leaders of the countries involved in nuclear talks with Iran — Russia, the US, the UK, France and Germany– on the sidelines of the fourth Nuclear Security Summit in Washington on Friday.

The meeting was also attended by EU foreign policy chief Federica Mogherini, who chaired the P5+1 states during the nuclear negotiations.

Xi further said the nuclear deal, called the Joint Comprehensive Plan of Action (JCPOA), proved that serious disputes can be resolved through dialogue and cooperation, calling for the full implementation of the accord reached between Tehran and the six world powers on July 14, 2015. 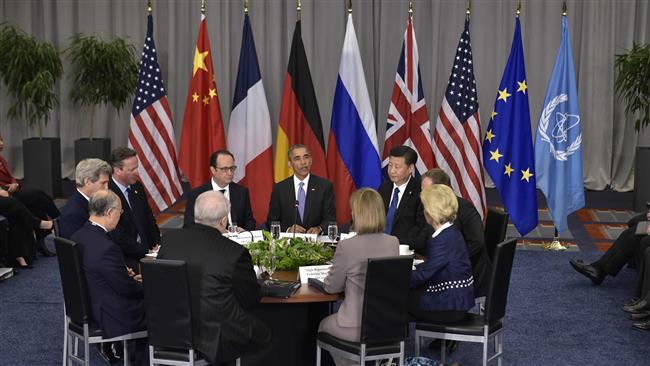 “We should stick to the political commitment and make sure the deal is implemented as it should have been,” said Xi, adding that any “external interference” should be eliminated.

The Chinese head of state also said Beijing has always been “an active participant, constructor and contributor” in the settlement of the Iranian nuclear issue.

“We stand ready to work with all related sides to push forward the implementation of the deal,” Xi stated.

He stressed the importance of strengthening the global security, saying that dialogue and negotiation should be the best choice in resolving key issues.

The Chinese leader said that “justice and equity should be the underlying principle for reaching any international agreement,” adding that “double standard” will lead nowhere.

This comes as the  Director General of the International Atomic Energy Agency (IAEA) confirmed on Friday Iran’s commitment to the nuclear agreement with the P5+1 group of countries, saying Tehran has even gone beyond its obligations under the accord.

IAEA Director General Yukiya Amano made the announcement on Friday after talks with leaders of China, Russia, the US, the UK, France, Germany and the European Union about the agency’s monitoring of Iran’s nuclear-related commitments under the nuclear deal called the Joint Comprehensive Plan of Action (JCPOA).

Iran “is implementing not just its safeguards agreement with the Agency, but also its Additional Protocol” to the Non-Proliferation Treaty (NPT), which allows for snap inspection of nuclear facilities, said Amano in a statement following his meetings that took place on the sidelines of the Nuclear Security Summit in Washington.