Iran not to let US infiltrate into country: Ayatollah Khamenei 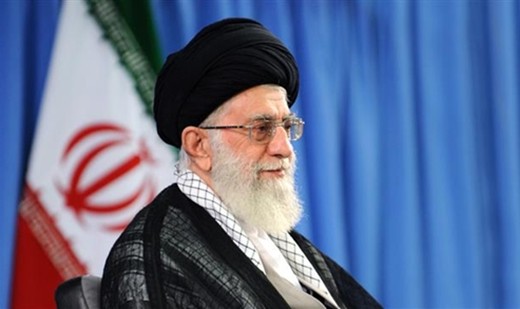 The Supreme Leader has said that the US is seeking to hold sway in the region to pursue its objectives, but that Iran will counter Washington’s policies.

Supreme Leader of the Islamic Revolution Ayatollah Seyyed Ali Khamenei says the Islamic Republic will not allow the US to make inroads into the country.

The Leader said that the opposite side in nuclear negotiations with Iran was seeking to clinch an agreement with the country to find a way to infiltrate into the Islamic Republic.

Ayatollah Khamenei, however, said that Iran did not and will not allow them to achieve their goal.

“We will firmly block their way. We will not allow the US to make economic, political or cultural inroads into the country. We will counter such infiltration with all our power,” the Supreme Leader said.

Ayatollah Khamenei further underlined that, “We should first identify the enemy’s intentions and then counter their objectives through planning.”

Touching on the developments in the Middle East, Ayatollah Khamenei said the US seeks to hold sway in the region to pursue its objectives, but stressed that the Islamic Republic will counter Washington’s policies.

“They are after disintegrating Iraq and Syria,” the Leader said, but noted that Washington’s plots will fall flat thanks to God’s power.

Regarding the developments in Yemen, the Leader said that Iran is ready to render any types of assistance it can to war-hit Yemenis.

Ayatollah Khamenei described the Saudi military adventurism against Yemen as folly, stressing that aggressors are pursuing political gains in the impoverished Arab country through military action.

The Supreme Leader also reaffirmed Iran’s backing for the resistance front in the region, saying that the Islamic Republic will fully support anyone that stands up to the Israeli regime.