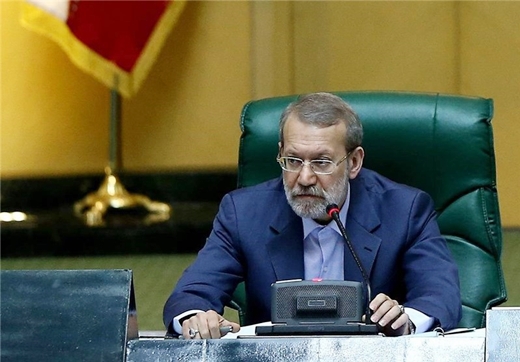 Iranian Parliament Speaker Ali Larijani on Wednesday dismissed the media reports about Russia’s use of an Iranian airbase to attack ISIS positions in Syria.

According to a report by Tasnim, as translated by IFP, Larijani emphasized that no base has been put at Russian troops’ disposal.

“The Islamic Republic of Iran cooperates with Russia in regional issues, particularly on Syria, but it has not given them any [military] base,” Larijani said during an open session of the Iranian Parliament on August 17.

He further categorically rejected the earlier media reports about the issue.

He made the remarks in reaction to an objection raised by Iranian lawmaker Heshmatollah Falahatpisheh who slammed the deployment of Russian forces to Iran’s Nojeh airbase in Hamadan as being against the Article 176 of Iran’s Constitution.

Falahatpisheh, who is a member of Iranian Parliament’s Foreign Policy and National Security Commission, said, “Moscow has shown in recent years that it has a volatile and different foreign policy.”

“World powers have their own considerations in foreign policy, and it has been proved that whenever the Islamic Republic is faced with a crisis, world powers are against our country,” he noted.

In an interview with IRNA right after the media reports about Iran-Russia collaboration, Shamkhani announced that Tehran and Moscow share their potentials and resources with each other as part of a strategic partnership developed between the two sides in the ongoing campaign against terrorism in Syria.