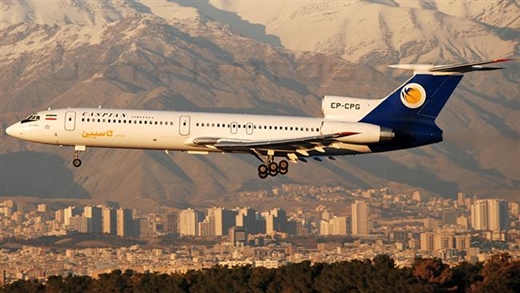 The minister of roads and urbanization says Iran attaches special importance to development of its civil aviation fleet and that of airports and passenger terminals.

Iran’s minister of roads and urbanization says the country will need 400 new passenger planes in the next 10 years in order to renovate its civil aviation fleet.

Abbas Akhoundi, who is currently in the French capital, Paris, to take part in Le Bourget Airshow 2015, added that purchasing this number of planes will cost the country at least $20 billion.

“At present, the average age of Iran’s civil aviation fleet stands at about 20 years and it will be over 30 years in the next ten years, and many of our passenger planes will not be able to fly by that time,” he added.

Akhoundi stated that Iran created 6,000 km of new air corridor last year, adding that the Paris Air Show is a good opportunity to get familiar with modern air traffic and control systems.

“Right now, there are nine passenger terminals under construction in various Iranian airports, which will enable those airports to handle 50 million passengers per year,” he said.

During his stay in France, Akhoundi has already met with Airbus Chief Executive Fabrice Bregier and is also expected to meet and confer with French Minister of Territorial Equality and Housing Sylvia Pinel.

On May 10, Akhoundi announced that Iran has added a number of new planes less than 10 years old to its civil aviation fleet in order to renovate the sector.

“In parallel with renovating the fleet, we must be able to restructure major Iranian airlines because there are many airlines operating in Iran, but not all of them are fit for international competition,” he said.