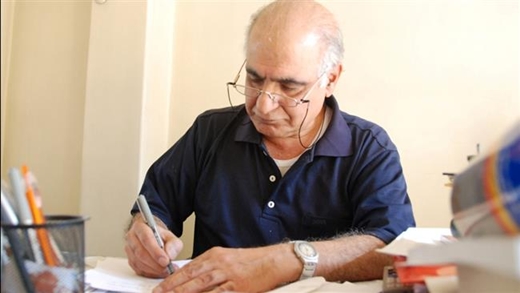 Iran has nominated a prominent writer and a veteran illustrator for the 2016 edition of the Astrid Lindgren Memorial Award.

The Children’s Book Council of Iran has shortlisted author and scriptwriter Houshang Moradi-Kermani and acclaimed artist Pejman Rahimizadeh for the prestigious award.

Moradi-Kermani was nominated for the same award in 2007 and 2008. He was also a finalist for the 2014 international Hans Christian Andersen Award, known as the Nobel Prize for children’s literature.

The 71-year-old writer also won the 1992 Hans Christian Andersen Honorary Certificate of Honor and the University of San Francisco’s 2000 Book of the Year award.

Moradi-Kermani is known for his masterful presentation of social issues, and many of his books have been translated into 20 languages and published in several countries around the world.

Pejman Rahimizadeh is also one of the most successful figures of book illustration in Iran, and has illustrated over 65 books for children and young adults.

He is known for using Iranian motifs, innovative techniques and solid designs.

Rahimizadeh has won numerous national and international awards, including the honorary diploma of the Asian Illustrators’ Competition in Japan and the appreciation award of the second biennial of Posters for the Islamic World.

The prize is granted to writers, illustrators, narrators and/or promoters of reading whose works reflect the spirit of Astrid Lindgren. The award is funded solely by central government funds and is administered by the Swedish Arts Council.