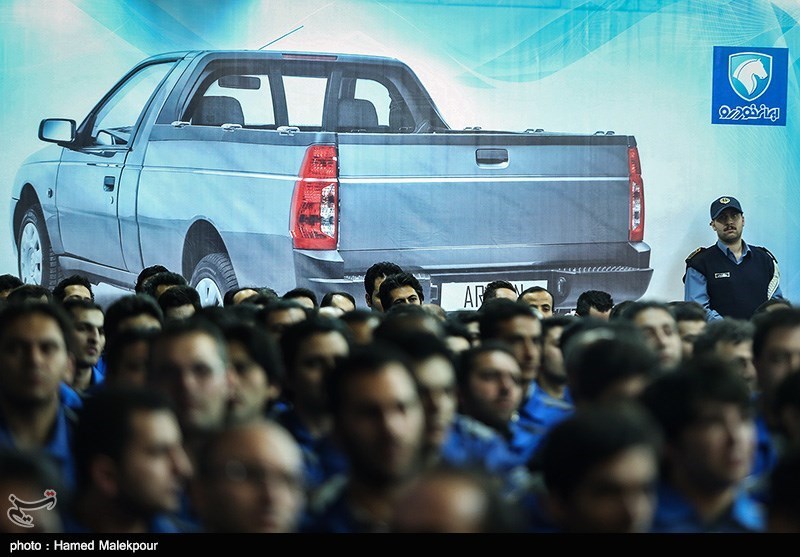 The production line was inaugurated in a ceremony attended by Iranian Minister of Industry, Mine, and Trade Mohammad Reza Nematzadeh and a number of his deputies as well as IKCO managers.

The cars manufactured in this factory will be assembled using the semi-knock-down (SKD) kits sent from Iranian cities of Tehran and Tabriz.

The news production line in Alexandria site, with a daily production capacity of 30 pick-ups, is the second line for manufacturing IKCO cars in the Arab country.

Given the growing demands for Arisun pick-up in Iraq, it is predicted by the Iranian company that at least 5000 cars will be manufactured in this line next year.

Last month, the leading Iranian automaker had also signed a joint venture deal with Oman, based on which it will set up a production line for two of its cars in the Arab country.

Iran Khodro signed the deal with Oman’s government and private sector, and the two sides are accordingly committed to establish a company with trilateral joint investment.

The Omani sides will fund 80 percent of the total investment, and Iran Khodro Company (IKCO) will fund the rest.

The factory is scheduled to be developed in future and turn into a regional hub for Iran Khodro’s productions throughout the Persian Gulf and Northern Africa regions.

The deal was signed against the backdrop of a new wave of interest in ties with Iran after the country and six world powers on July 14, 2015 reached a conclusion over the text of a comprehensive deal on Tehran’s nuclear program and implemented the agreement on January 16.

The agreement between Iran and the Group 5+1 (Russia, China, the US, Britain, France and Germany) terminated all the sanctions that had been imposed on Iran over its nuclear energy program.

Experts believe that Iran’s economic growth would rise remarkably now that the nuclear deal has come into force.

Iran’s automotive industry is the second largest in the country after its oil and gas industry, accounting for 10% of the country’s GDP.