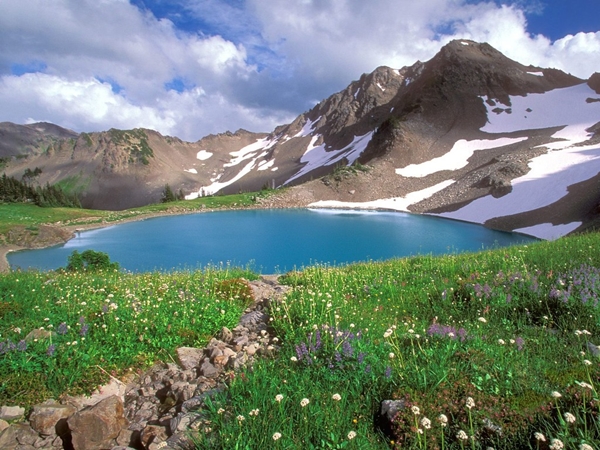 Iran is located in a place where the highly distinctive flora and fauna of different regions converge.

Safar [Travel] has explained why Iran is a country where four seasons can be truly experienced. What comes next is a partial translation of the report the monthly published in its 49th issue:

On a car journey from Isfahan to Yazd, nothing can be seen along the way except endless stretches of desert which is a typical characteristic of central Iran.

Captivating sand dunes – part of Lut, a scorching hot desert – can hardly escape one’s attention on the road from Kerman to Sistan and Baluchestan.

In southern Kerman and in Sistan and Baluchestan Province, the climate is more like the Indian Subcontinent and Southeast Asia.

Although, the provinces of Hormozgan, Bushehr and Khuzestan look quite like Africa, the region where they are located has a climate akin to the Indian Subcontinent.

The coastal belt of the south, home to the Persian Gulf and the Sea of Oman, is wonderfully beautiful.

Qeshm is the largest island in the Persian Gulf. Those interested in scuba diving will instantly realize that Iran is a country with an abundance of coral reefs, scientifically believed to be the world’s most productive ecosystems. The Persian Gulf owes its remarkable biodiversity to these ecosystems.

In Ilam Province, in the west, the breathtaking beauty of the Zagros Mountains and oak forests in an area with a quasi-Mediterranean climate catch your attention.

Khorasan is home to towering mountains that link the Alps in the west to the Himalayas in the east.

Eskandar Firouz, who is known as the father of the environment in Iran, has described the country as a bridge linking four regions: the Black Sea, Central Asia, the Indian Subcontinent and the Arabian Peninsula.

Iran is located in a place where the highly distinctive flora and fauna of these four regions meet. It has developed its own unique ecological diversity. That is why when it comes to animal and plant species, Iran is deemed as a spectacularly rich land.

Astonishingly, none of Iran’s neighbors enjoy the same ecological diversity. For example, Turkey does not have a tropical sea. Neither does Iraq have forests similar to the ones on the Caspian Sea. The same applies to Pakistan, Afghanistan, Armenia, Azerbaijan, and Turkmenistan.

Given Iran’s diverse climate, in a two-week trip, one has a chance to visit forests, deer, and bears in the northern province of Mazandaran as well as the Mangrove forests of Qeshm, and migratory birds and Indo-Pacific bottlenose dolphins in the south.

Four different natural habitats in Iran have turned the country into a key natural environment where 8,600 species can be found.

Although every land has its own distinct features, Iran truly has one of the world’s unique ecosystems.