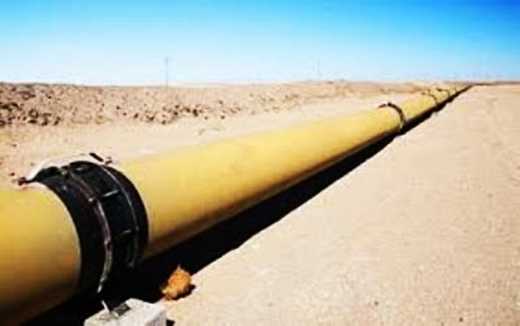 The pipeline set up to take Iran's natural gas to the neighboring country Iraq is ready for operation, says managing director of the Iranian Gas Transmission Company.

‘The company will pipe the Iranian gas to Iraq in the near future through the pipeline networks set up for the purpose,’ said Mohammad Ali Emam on Sunday.
Iraq has always been interested in importing natural gas from Iran. But, completion of the propject to lay gas pipeline to Iraq has so far been delayed due to the insecurities caused by terrorist groups like Daesh, also known as ISIS.
It is expected that Iraq become a major gas importer from Iran outpacing even the major Iranian gas customer, Turkey.
The pipeline networks will carry Iran’s natural gas directly to Baghdad and it will be mainly used for generating electricity to meet Iraq’s critical power shortage.
Pumping gas to the Iraqi capital at the preliminary stage will get started with a daily volume of four million cubic meters and it could boost to 35 million cubic feet a day in the next phases.