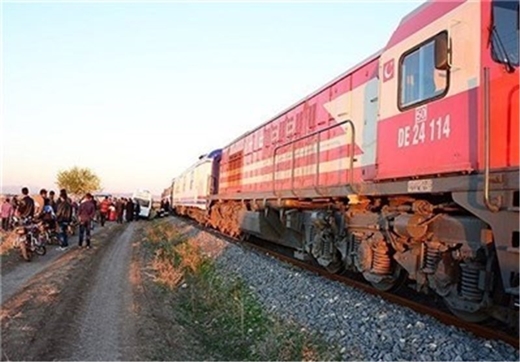 Iran cancelled all trains heading for Turkey on Thursday and said it will not dispatch any train there until Turkish authorities make official comments on a bomb attack on Tehran-Ankara train.

Iran on Thursday cancelled all trains to the Turkish capital in a bid to ensure the safety of passengers. This comes following a bomb attack on a railroad used by a train traveling from Turkey’s Ankara to the Iranian capital, Tehran.

Iran’s Rail Transportation Company (Raja) announced in a statement on Friday that it cancelled its train services to the neighboring country on Thursday, and will not dispatch any train to Ankara until Turkish authorities make official comments.

The statement came after a remote-controlled mine was detonated on a railroad line east of Turkey on Thursday, causing damage to a train traveling from Ankara to Tehran.

In its statement, Iran’s Raja has declared that the incident had no casualties and all passengers are safe and are returning to the country.

The PKK has increased its operations inside the Turkish soil after Ankara’s air force attacked the Islamic State in Iraq and the Levant (ISIL) positions in Syria and Kurdish PKK militants in Northern Iraq over the last few days.

After the attack, an explosion hit the Iran-Turkey natural gas pipeline in the eastern Turkish province of Agrı on Monday. Iran stopped gas flow to that country immediately after being informed of the incident.